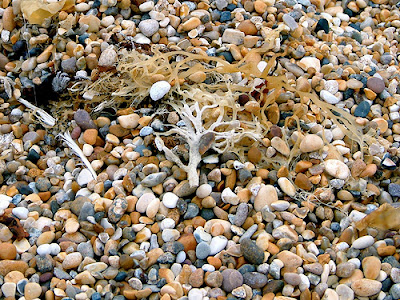 After the recent stormy weather its the idea time for a spot of beach combing. While the timber washed ashore has been a major news item, there is far more of interest to look for amongst the seaweed and other debris. Here are a few of my finds. 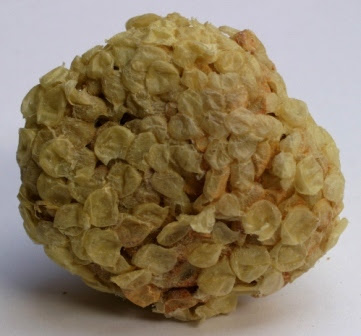 The beach is covered in numerous cream coloured balls that resemble bubble wrap and are often mistaken for sponges. These are the egg mass of the common whelk, often referred to as sea wash balls as they were used by early sailors to wash. Each of the smaller capsules contains thousands of eggs, but only about 10 hatch the remaining are eaten by their siblings. This may seem wasteful, but in fact the few that do hatch have had a hearty meal and increase their chances of survival. Several female whelks will often lay their eggs together creating quite large egg masses. When cast up after a storm, the whelk egg masses may still contain viable eggs. 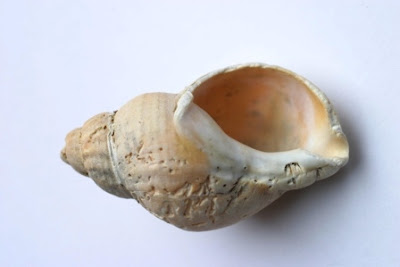 The occasional weathered and empty common whelk shell are also present amongst the seaweed. Most are broken to some degree, making the intricate internal structure visible. This one was intact. These whelks are carnivorous, feeding on marine worms and other molluscs such as bivalves (which have two halves to their shell). Whelks can use the edge of their own shell to prize open bivalve shells to feed on them. Common whelks also feed on dead animals, which they locate by smell using their siphon. They wave the siphon back and forth to detect where the smell of food is coming from. Empty shells such as this one are sometimes used as a temporary home by hermit crabs as these crabs have no protective shell on their abdomen. 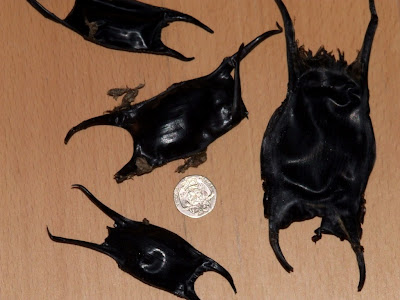 These dark coloured egg cases belong to rays, a relative of sharks. In contrast to the whelk eggs, these egg cases contain a single embryo. The capsules hatch after 5 or more months (depending on the species). Several UK species of ray have greatly declined over the last few decades. The Shark Trust are collecting records of ray egg cases on the beach to help locate nursery grounds to better protect UK species so they have a chance to recover. If you find a ray egg case the records should be sent to the Shark Trust, http://www.eggcase.org/ 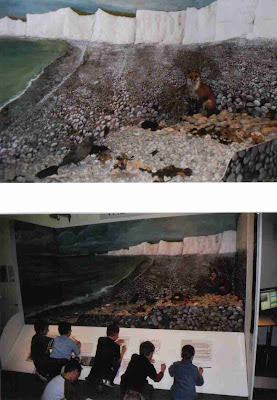 A couple of years ago I worked with Brighton based River Ocean Foundation as Education Coordinator for a project called Ocean 2. As part of this project I worked on a strandline exhibition that was set up at the Booth Museum of Natural History also in Brighton. The exhibition was made up of various displays that focused around the seashore strandline. These included a replica beach, the forces that created the strandline, scavengers, myths and folklore, beach object identification, amazing eggs, marine litter, stranded sea mammals and more. When the exhibition came to an end, River Ocean Foundation created a website including images of the exhibits and all the original text I wrote for the exhibition. 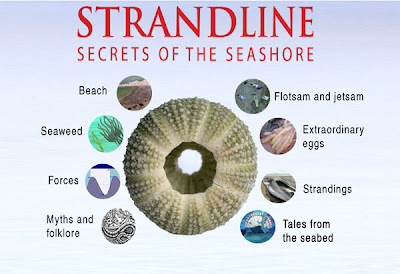 To find out more about the strandline you can visit the website at http://www.riverocean.org.uk/ocean/exhibition/digibooth/Strandlinehome.htm
Posted by Steve Savage at 10:38 2 comments: 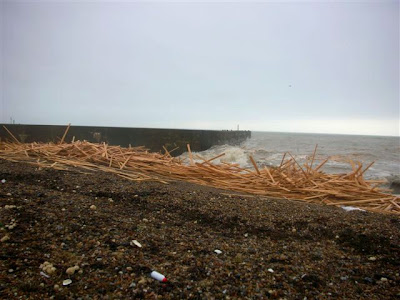 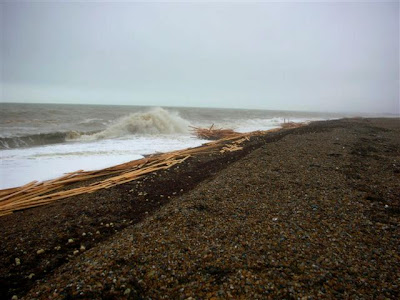 Update of the last few days

I had not intended to start this blog for another month or two, but due to events it seemed a good time to start. This first blog will bring things up to date. 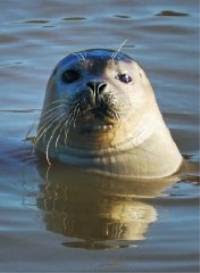 A common seal was spotted in the River Ouse near Lewes in East Sussex on 6th January. It’s not unusual for seals to be spotted off Sussex in the winter months but only occasionally do they venture upriver. As Sussex county recorder for sea mammals I do receive a few seal sightings each year usually common seals occasionally the larger grey seal.
Mostly they are fit and healthy but cause alarm to passers by who are not used to seeing this appealing mammal up close, especially if it hauled out on the beach. Its quite possible that these visits to rivers come about when the seals are following fish. I have had reports of seals in both the River Ouse and Arun. However, on the river Adur seals do not appear to venture far up river.
20th January
Timber on the beach
Thousands of tons of untreated saw timber from Scandinavia was sitting on the deck of the vessel Ice Prince when she hit rough weather off Portland Bill in Dorset last week. Her cargo shifted and she listed to 40 degrees off the coast, before drifting east and sinking on Tuesday. Twenty crew had to be rescued by helicopter and lifeboat. Tons of wood has washed up along the Sussex coastline. This picture is just a tiny part of the timber washed ashore over many miles of coastline. 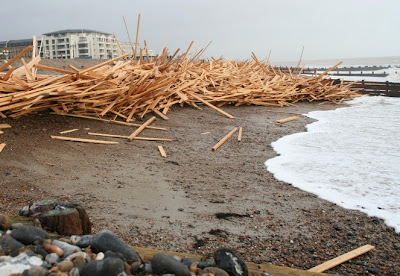 On a sadder note, I received a call on Monday morning (21st January) about a dead dolphin washed up with the timber next to the Brighton Marina. The dolphin was quite badly damaged but appeared to be a bottlenose dolphin, the species that usually visits Sussex coastal waters in the summer months. It is quite likely that the two incidents were not linked. Currently the dolphin is being analysed by the Natural History Museum in London (who by law must be contacted regarding all stranded whales, dolphin or porpoise). It is hoped that their report will shed more light onto how the dolphin may have died. 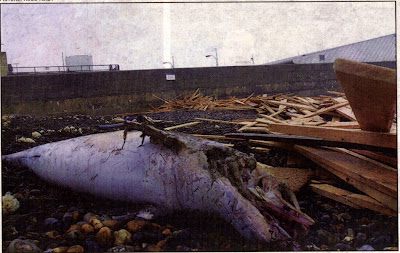 Posted by Steve Savage at 10:37 No comments: