I received a report of a dead Kemp Ridley Turtle washed up dead on Saltdean Beach, East of Brighton.

The rare Kemp Ridley Marine Turtle was washed ashore dead at Saltdean on Monday 17th February. We have had some interesting remains washed up in recent weeks but this is by far the most unusual. 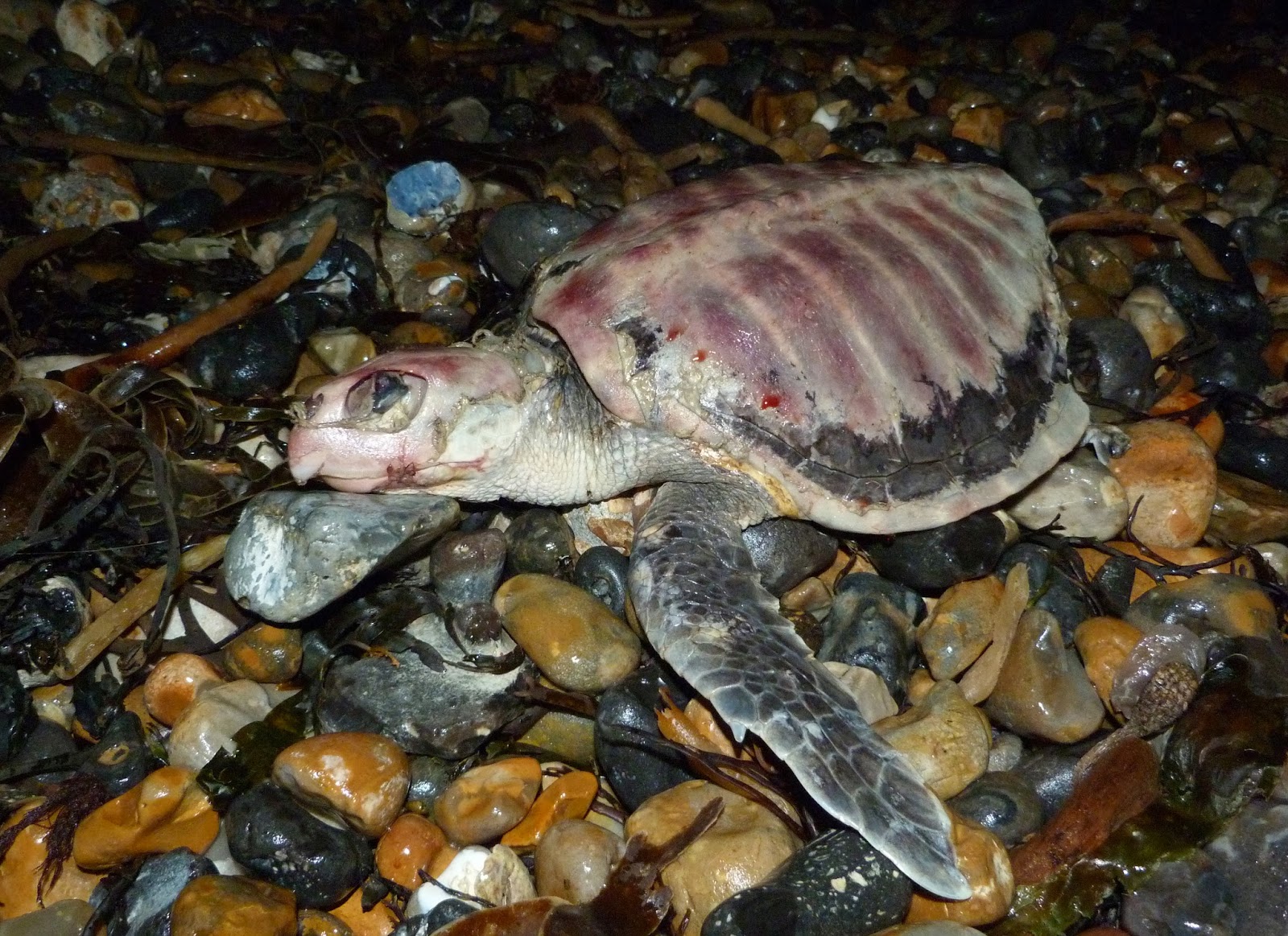 A loggerhead was washed up at Worthing in December last year. Occasionally sick but alive specimens of the loggerhead turtle and green turtle have been washed up in the South west and west UK on rare occasions. 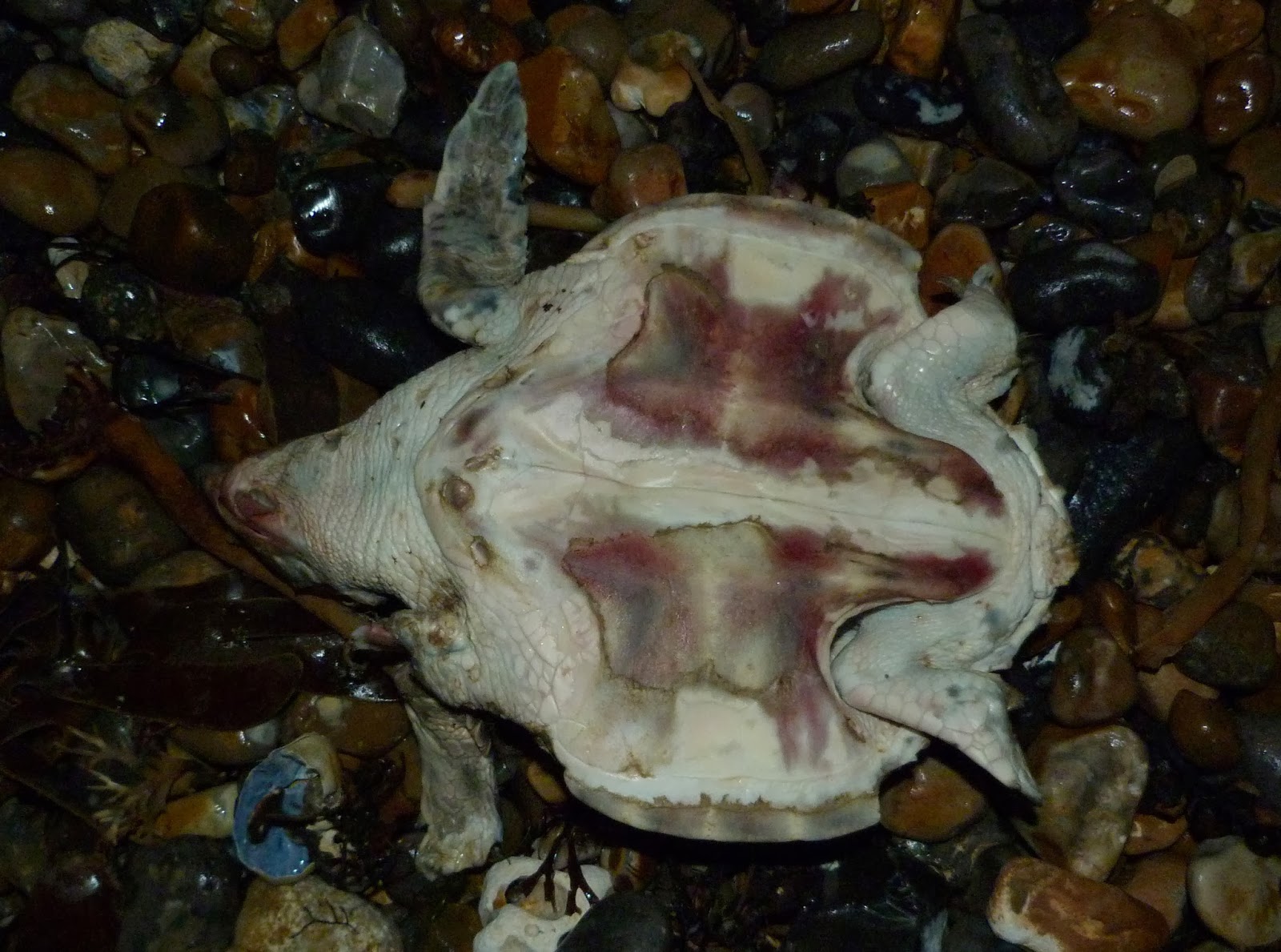 An adult Kemp Ridley has an almost completely round carapace (shell) measuring about 70cm long, and weigh approximately 40kg.

Kemp Ridley turtles are mostly found in the Gulf of Mexico area. Kemp's Ridley turtles can range between tropical and temperate coastal areas of the northwest Atlantic Ocean and have been reported as very rare visitors to the UK. This species is considered to be critically endangered.

It is likely that the recent stormy seas caused the turtle to reach our shores and wash up on the beach. 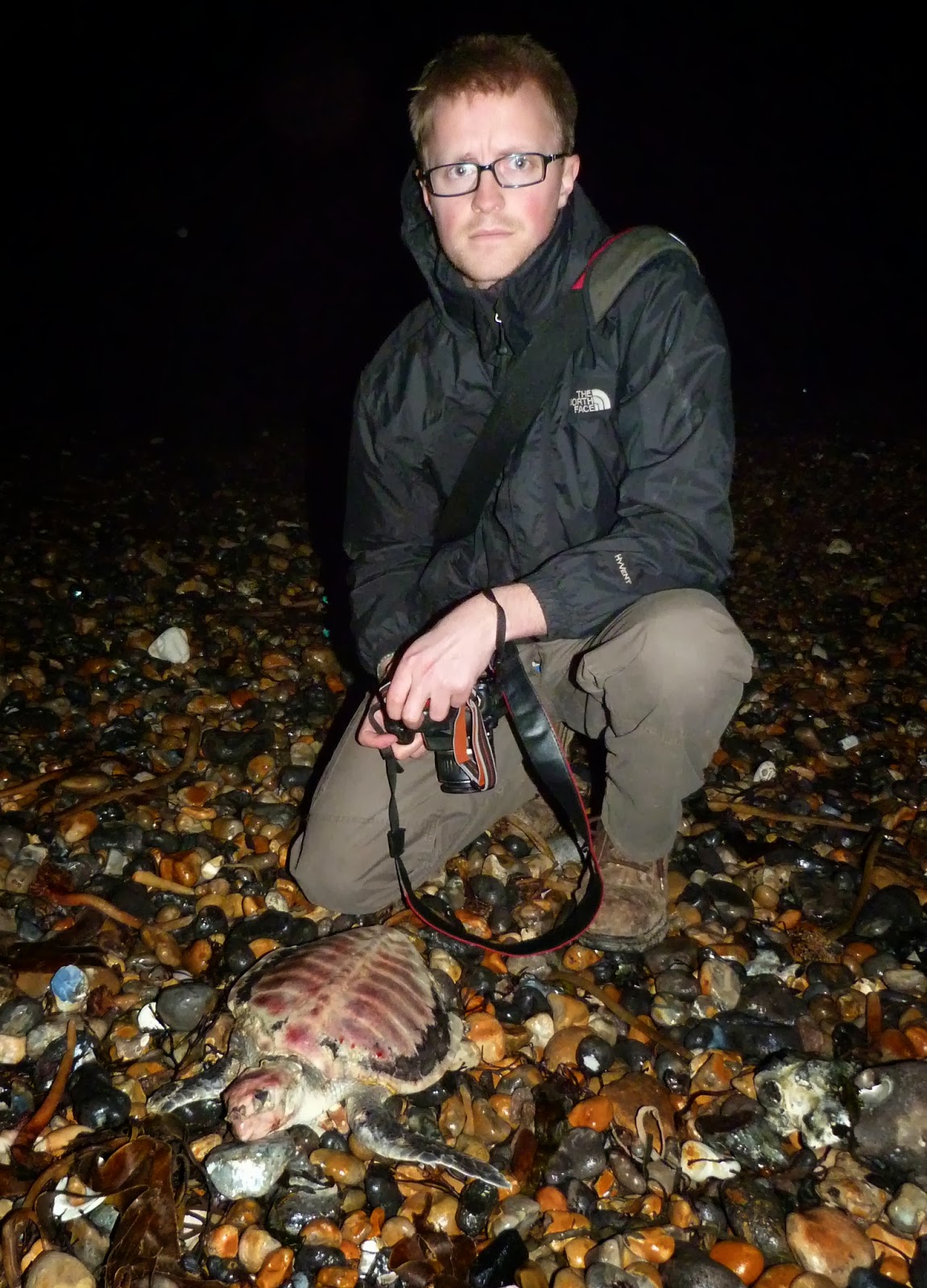 
The only species that naturally occurs around the UK and occasionally seen alive off Sussex is the leatherback turtle as they are adapted to the cooler waters. They visit UK waters to feed on jellyfish