Seal Pup at Saltdean near Brighton

The following is a report from Elaine at BDMLR.

"There was a common seal pup at Saltdean beach (East Sussex) directly below White Cliffs Cafe on Saturday, Sept 27th. He was there since before 8 AM callers said. I monitored him from about 1 PM when I got the call to it got dark at about 7 PM. 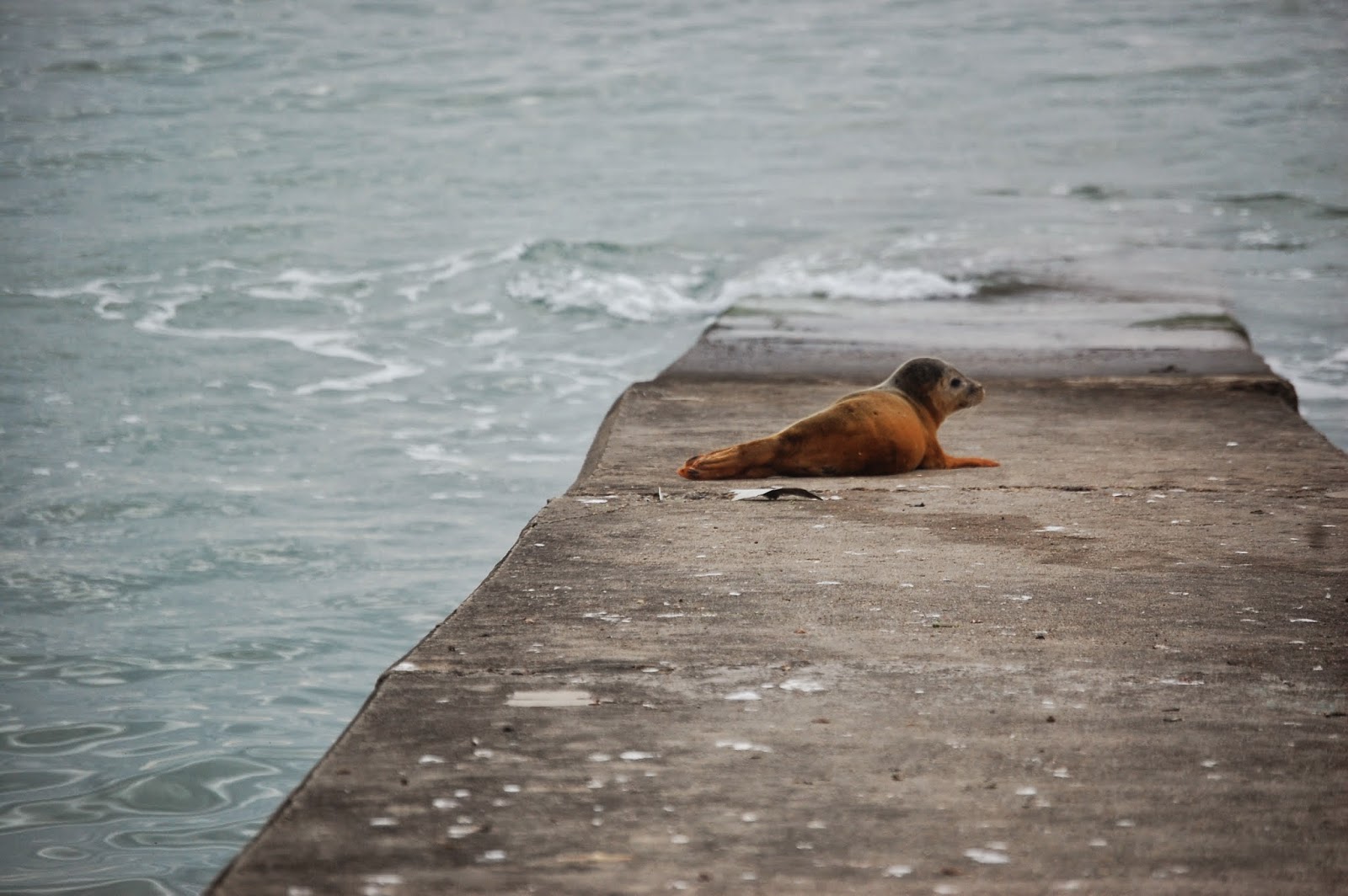 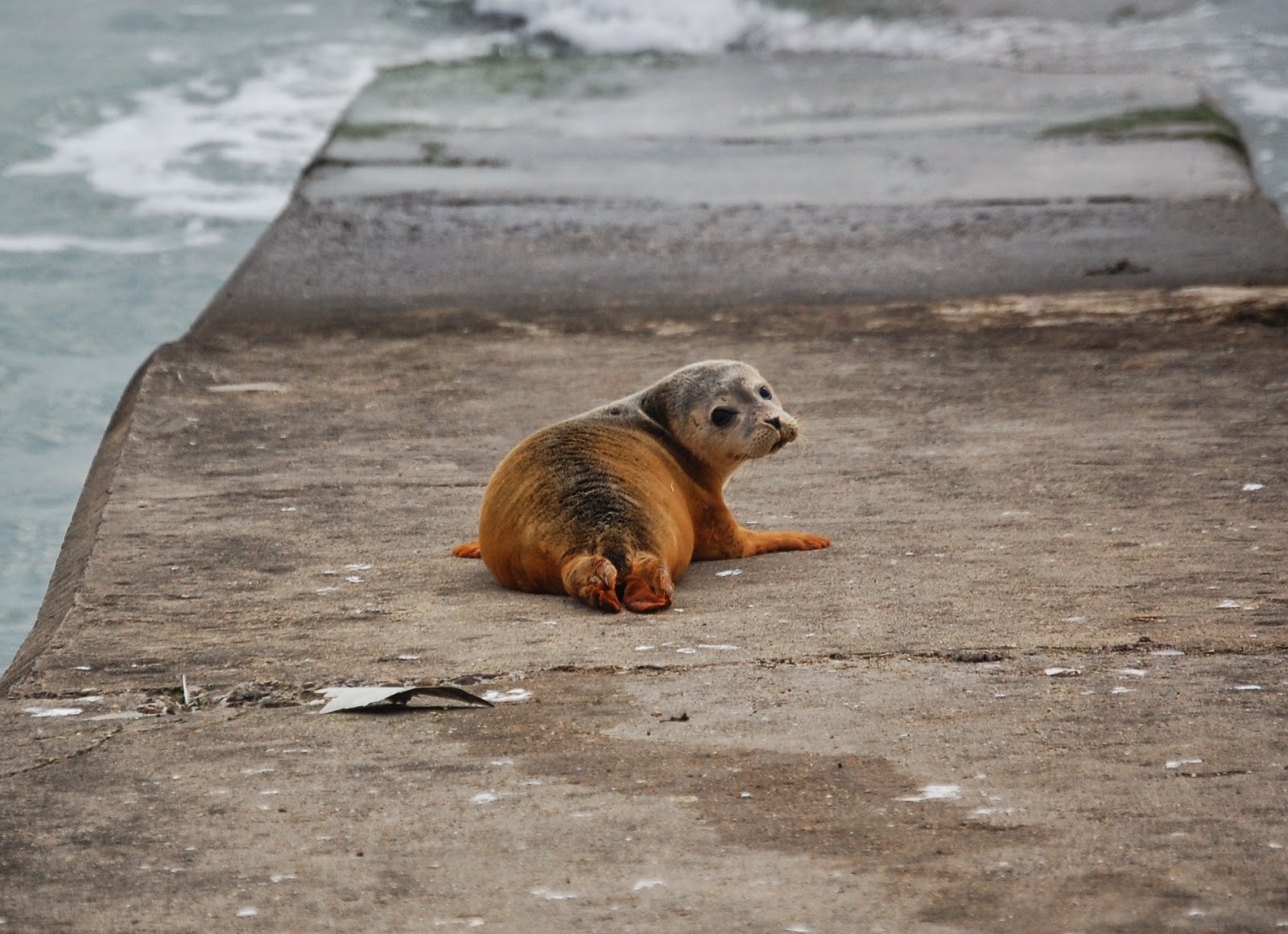 He was far out on a cement groyne and was constantly being stressed by people wanting to get photos of him, and so we kept people back at a reasonable distance from him. 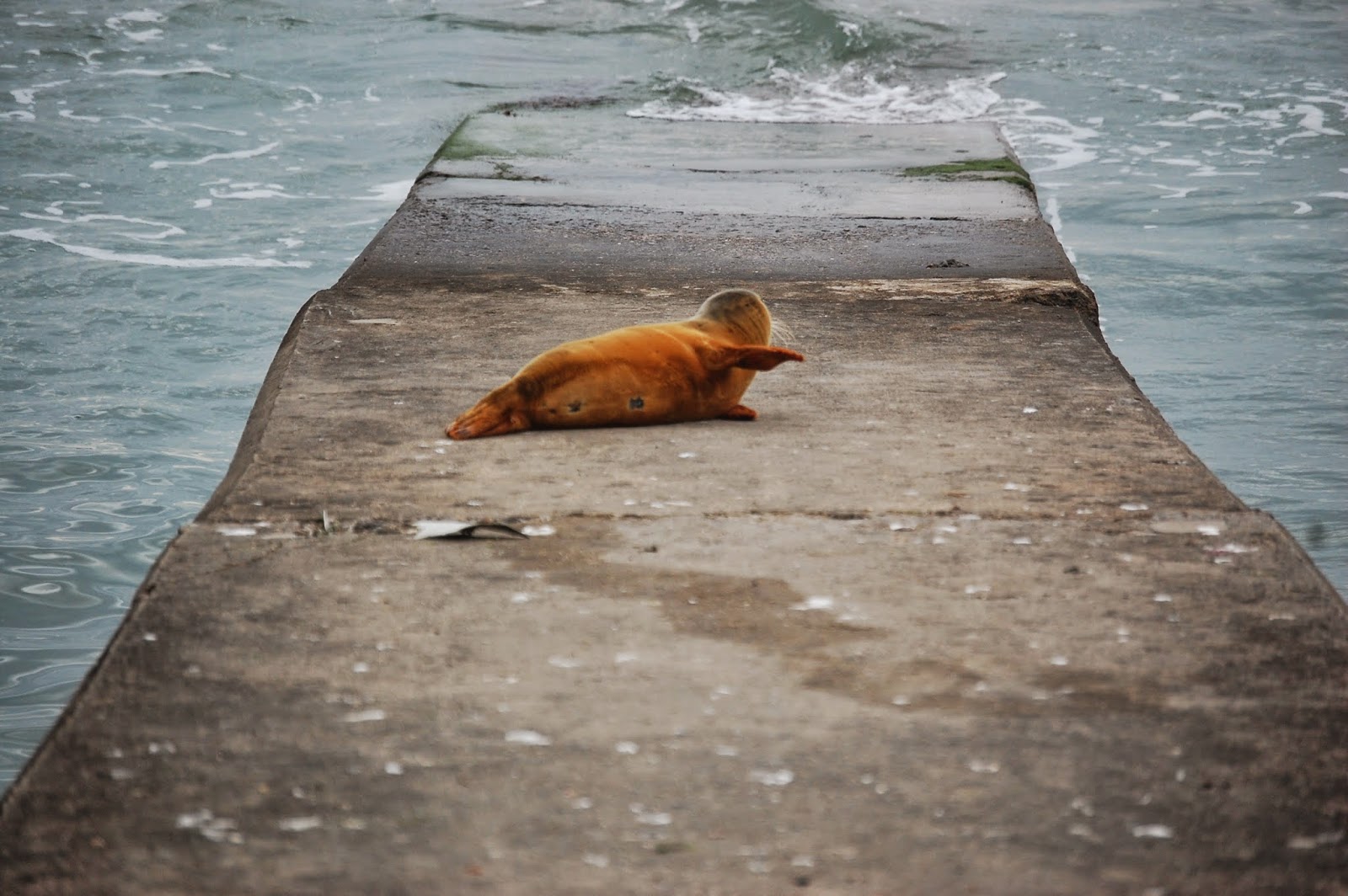 Odd thing about this pup is that he's red! Apparently they get to be that colour because of red clay that they haul out on". 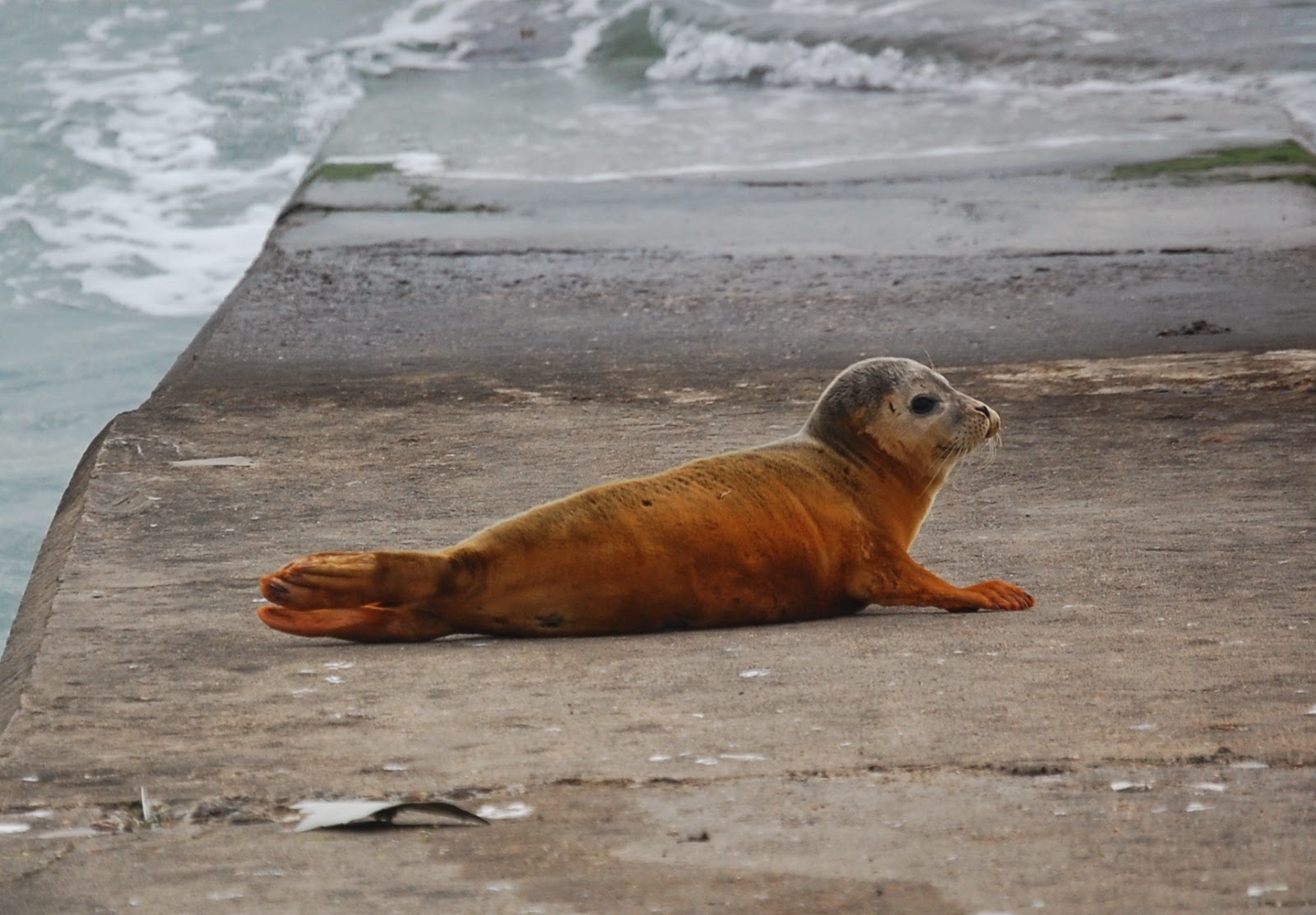 It was interesting to hear about the red colored pelage seal. At least one of the adult common seals I worked with as part of the seal tagging project back in 2009 at Chichester (West Sussex) had a red pelage which was thought to be due to iron oxide and appears in some seals that live in areas of mud flats I believe this has also been found on common seals on the French channel coast and also in the USA such as San Francisco.

Posted by Steve Savage at 06:12 No comments:

The Inshore Fisheries Conservation Authority reported a sighting today 3rd September at 1.52pm. The vessel was approximately a half mile to the southwest of Brighton Marina. 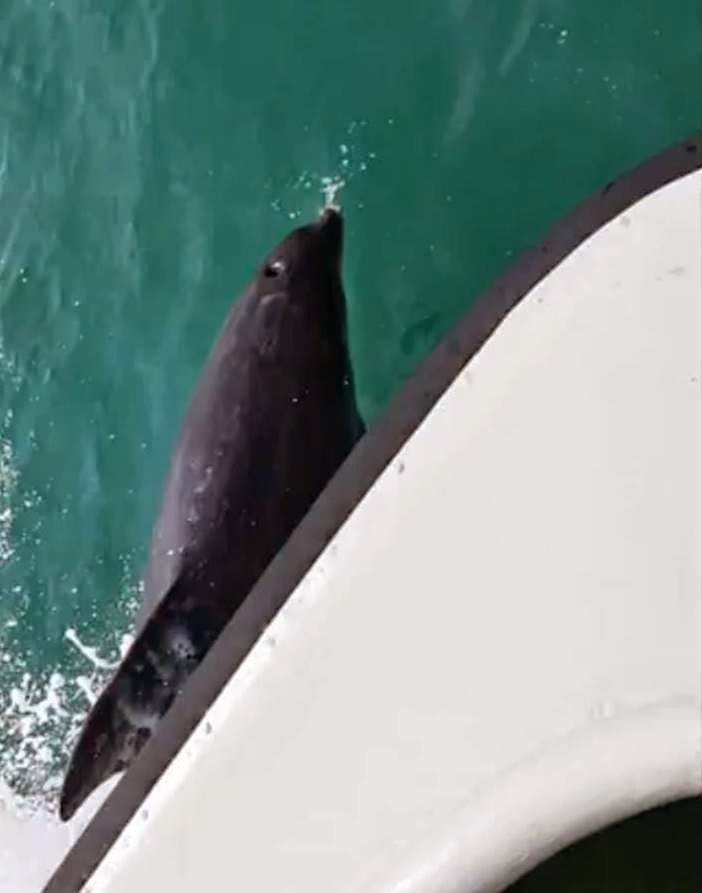 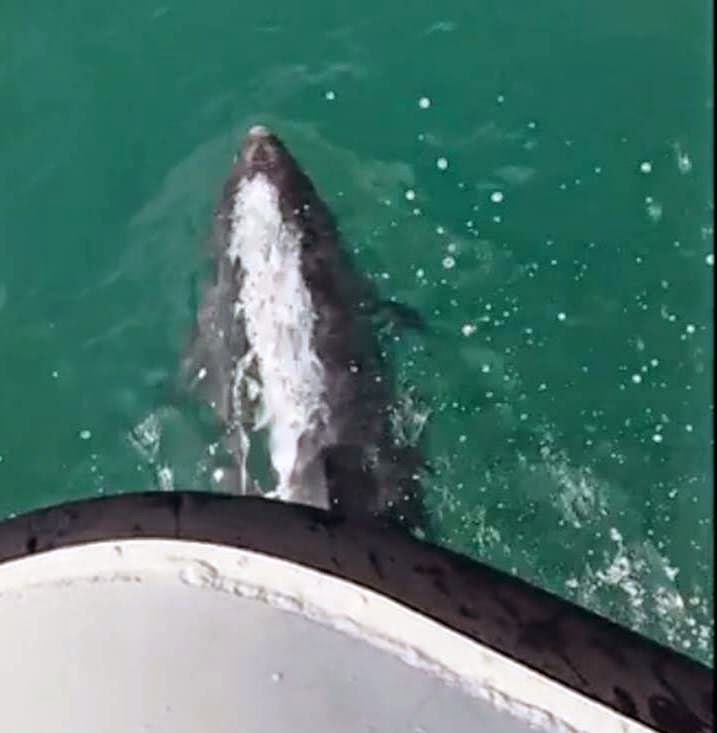 The vessel was traveling West, dolphins were sighted a few hundred metres in front of them.The dolphins swam East towards the vessel, dived down and then headed West with them at the bow. 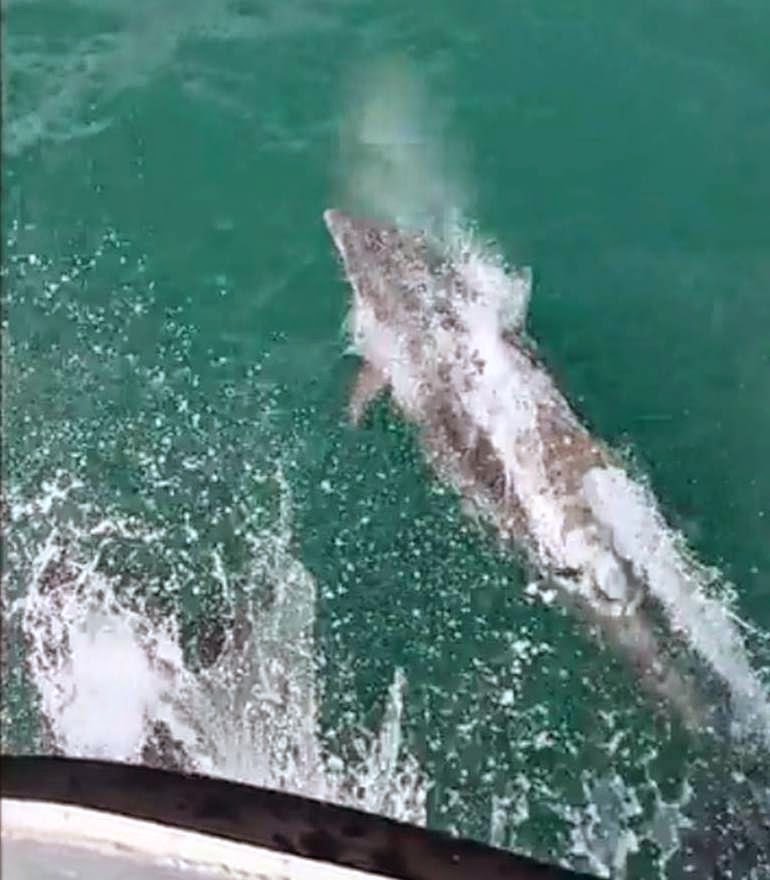 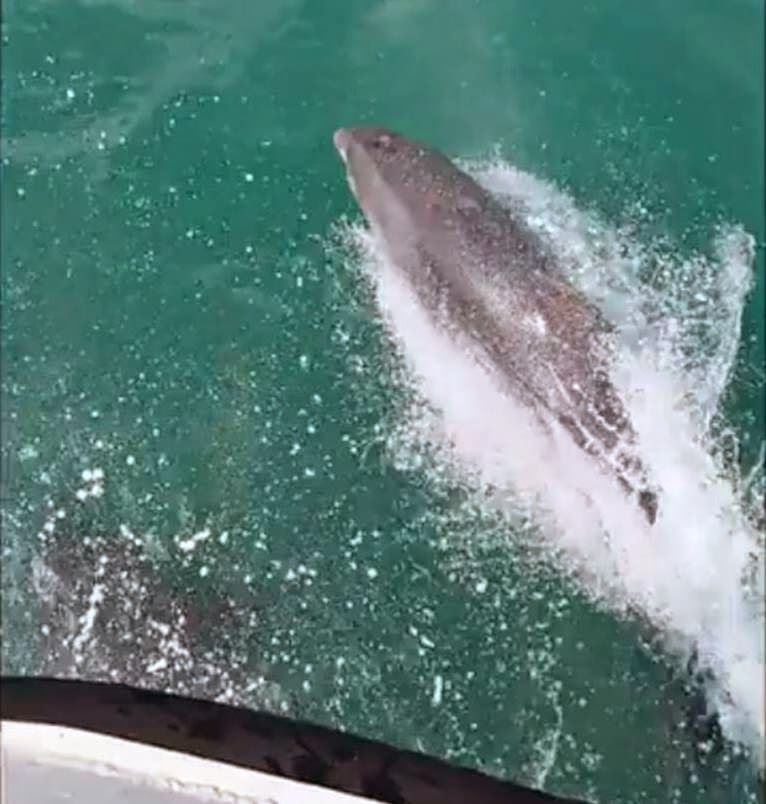 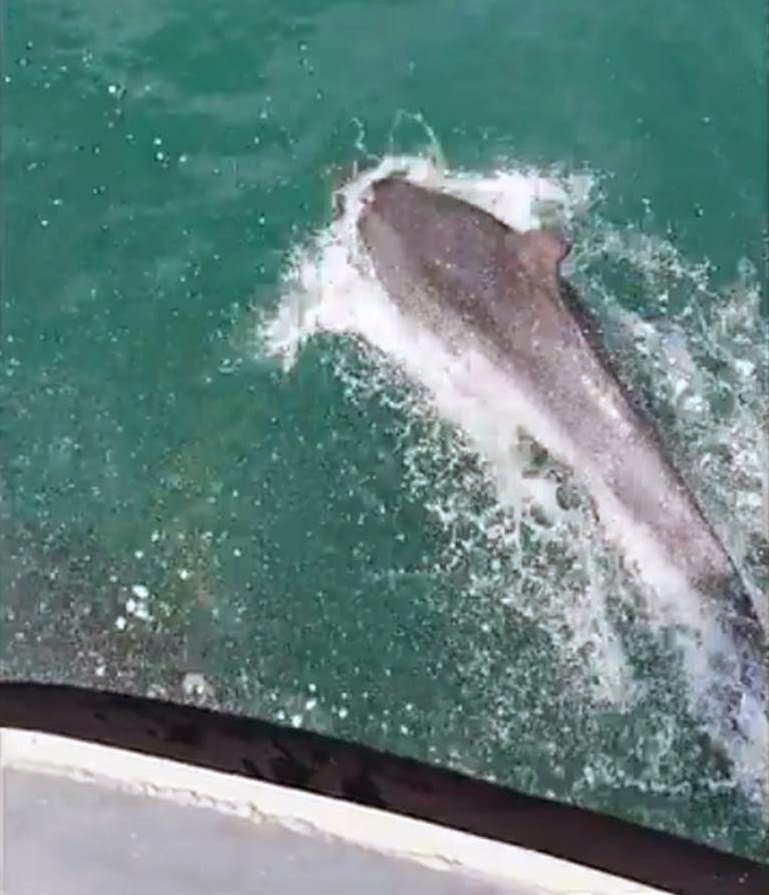 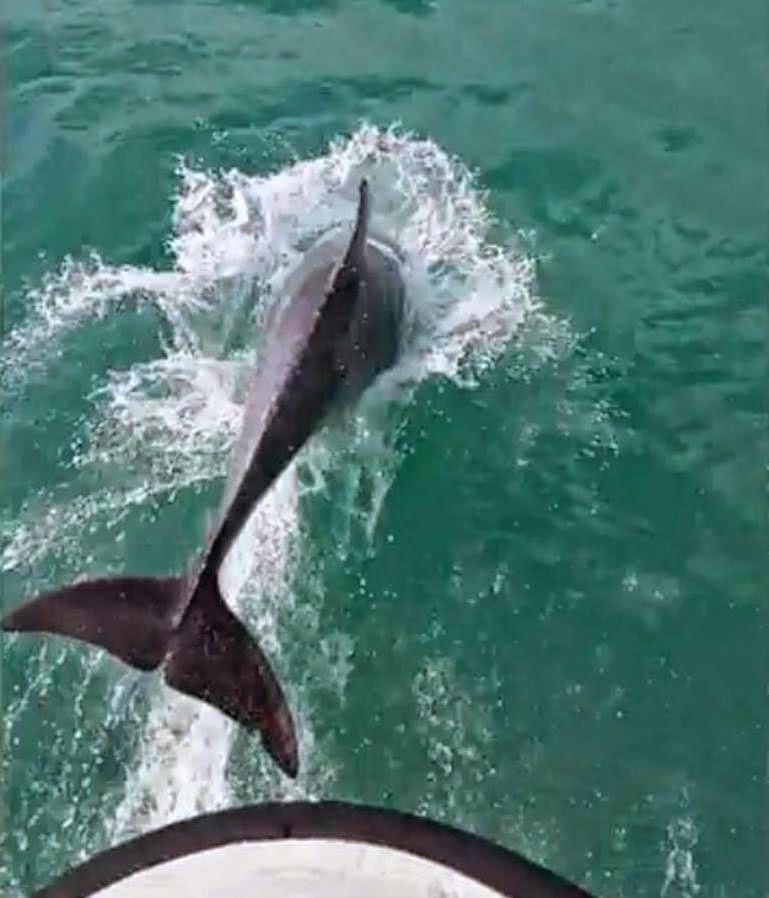 They with them for between 5-8 minutes before they dived again and I believe they proceeded to head East.
Posted by Steve Savage at 10:28 No comments: