I have been following up several sightings of a dolphin/s reported at Shoreham Harbour on 30th December. One sighting mentions 2 dolphins which occurred outside of the harbour. Photographs show that the dolphin seen inside the harbour was a common dolphin. 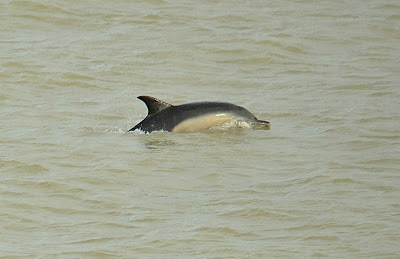 All the other sightings are of a single dolphin inside the Harbour. So it might be possible that there were two dolphins and that only one of them entered the harbour. Sightings also suggest that the dolphin was around for longer than we originally thought on the 30th December and may have been around for a couple of days or more. 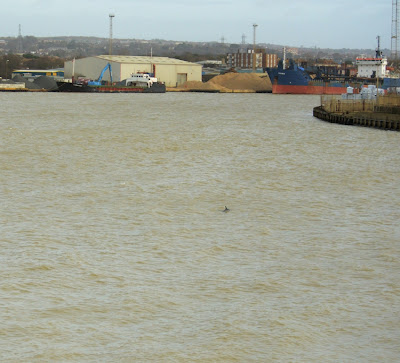 
Comparing the picture of the Shoreham Dolphin with the Brighton dolphin back in 22nd September, (See earlier web entry) they are not the same dolphin; the dorsal fin is much more curved in the Brighton pictures. I am trying to track down any possible images of the dolphin that the Brighton Dolphin joined up with at Seaford back in 22nd Sept? 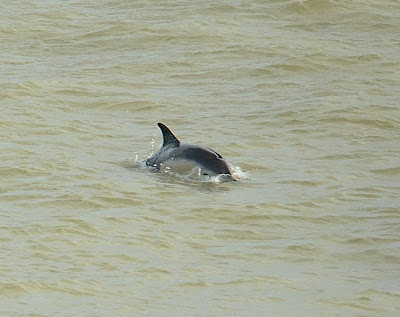 
There is a small chance that this Shoreham dolphin is the one that the Brighton dolphin hooked up with, but this can only be confirmed if a photograph as taken of the Seaford dolphin that we could compare. These two dolphins have been spotted in east Sussex (Hastings area) since the original 22nd sighting - so they may still be around. It is unusual to see common dolphins, especially two dolphin together, so the chances are that they are the same animals but only photographs will prove this conclusively.

Reported sightings include those from the Shoreham National Coastwatch, based at the mouth of Shoreham Harbour who also provided the photographs for this entry, the Port Authority and Sea Watch Foundation