I am following up a probably bottlenose whale sighting, came in 16th August while I was away on holiday. The whale was spotted off shore at Middleton on Sea (near Chichester).

Although this is a deep water species, you may remember that a northern bottlenose whale was stranded at Bournemouth last year and another one was observed off Chichester and then Hampshire in 2008 before, sadly stranding at Hampshire.

Even more exciting, from the point of view of observation, two Northern bottlenose whale where recorded off The Wash area, Norfolk on 9th August during National Whale and Dolphin Watch. However, it is also disturbing to find such deep water species turning up in areas outside their normal range as they usually end up getting into trouble.
Posted by Steve Savage at 08:50 No comments:

Ed the Bear helps out with National Whale and Dolphin Watch

The display table also included some pictures from Ed the Bears adventures, an education project - One World One Ocean. The aim of the project is to raise awareness of global ocean issues and celebrate the fascinating wildlife around the world and on our own doorstep. 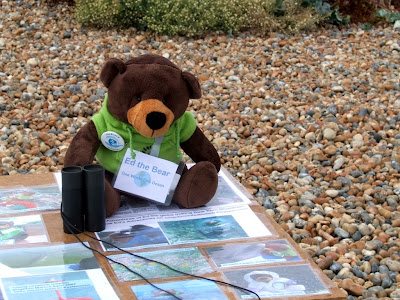 The display focused  especially on sea mammal related pictures such as meeting a bottlenose dolphin at Florida Keys Dolphin Research Centre and humpback whale watching in Hawaii. There were also some pictures to do with conservation issues too, Ed helping at an oil spill and cleaning up beach litter. This allowed Ed to promote his message about One World One Ocean. 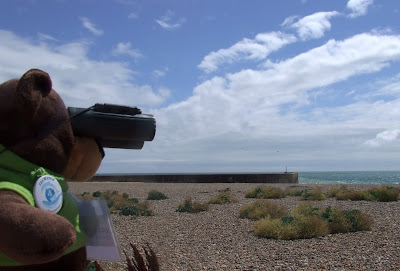 Ed also took part in the manned watch at Shoreham, newly arrived back from his tour of the USA. He was a little disappointed that he did not see any sea mammals during the watch –especially after his experiences in the US, but he was pleased to help out, as Shoreham is his local beach. Ed’s return to the UK has been delayed due to the terrible oil spill in the Gulf of Mexico. He had originally planned to visit some of the UK watch sites during National Whale and Dolphin Watch (NWDW). You can find out more about his USA adventures on http://adventuresofedthebear.blogspot.com/
Ed’s sister Bella, who has helped Ed out in the past, has travelled up to New Quay to help out with NWDW in his place.
Posted by Steve Savage at 09:56 No comments:

Its that time of the year again for National Whale and Dolphin Watch Week, running from the 7th-15th August 2010. Members of the public are once again invited to take part in National Whale and Dolphin Watch, either by helping our trained observers on manned watches, performing their own timed watches or by sending in sightings. 28 different species of whale and dolphin have been recorded around the UK and 13 spoecies are seen on a regular basis. 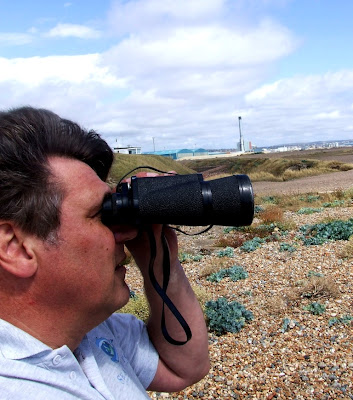 This is an opportunity for everyone to become involved in the research which goes into understanding these magnificent creatures. The event is the ninth consecutive annual watch. The results of the watch provide a snapshot of the distribution of whales, dolphins and porpoises around the British Isles and are helping inform scientific debate on any change in the range and distribution of species.

I ran the Sussex manned watch site at Shoreham Beach Local Nature Reserve today from 10.am until 3.00pm. No cetaceans sighted. While sea conditions were okay for watching we did have a strong SW wind of 3-4 and gusting to 5 on occasions. The sun came out mid watch. 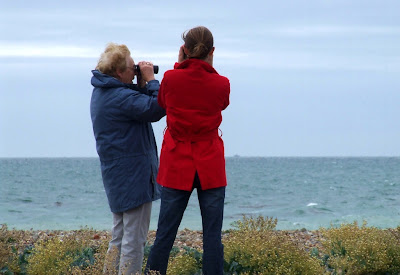 Shoreham Beach also a site of rare vegetated shingle habitat
We had about 9 people who stayed to take part in the watch period. 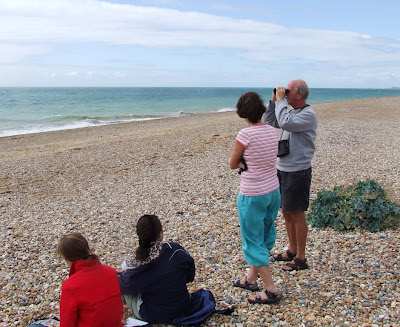 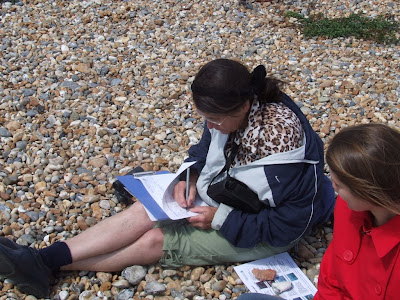 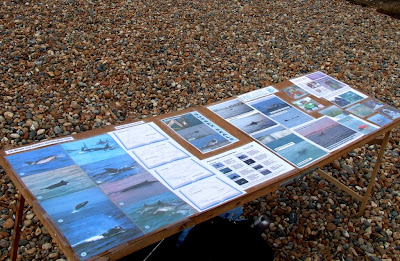 I also had a table set up with local dolphin sightings, and a species ID quiz. This provided the chance to talk to local people visiting the local nature reserve. 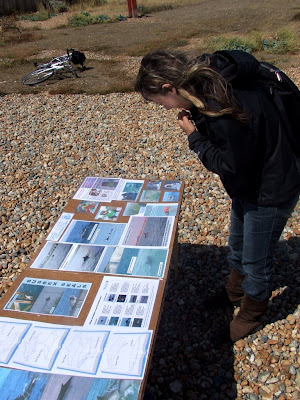 The number of people visiting the beach increased with the sun. The ID quiz was particularly aimed at children, but some adults also had a go – and not surprisingly the children often got more right.
Posted by Steve Savage at 07:56 No comments:

The inter-tidal fun day event was as popular as ever, an event I run for the Friends of Shoreham Beach with the help of the countryside rangers. This year we counted over 70 people attending. Before we went down on to the beach we pointed out some of the sea and wading birds that visit the beach to feed on small fish and invertebrates. 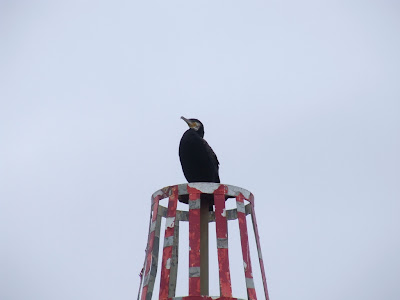 This included a cormorant surveying the beach from its perch. 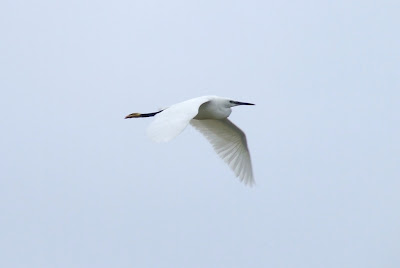 The little egret flying across the beach before landing and hunting in the pools. 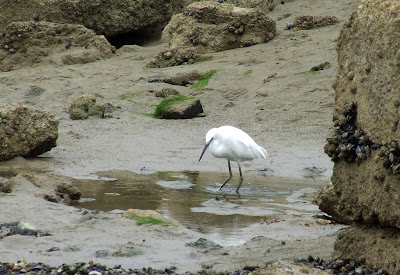 The egret would use its foot to disturb the sand and snap up any fish or shrimps.

There were also a few terns, diving for fish 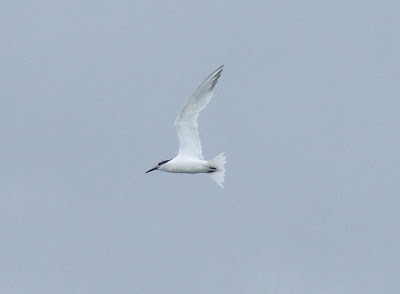 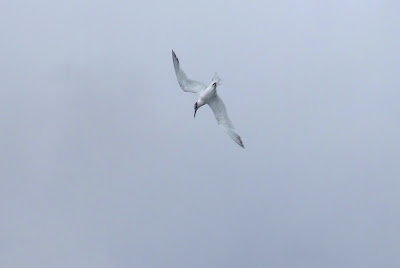 Then we made our way down onto the beach. 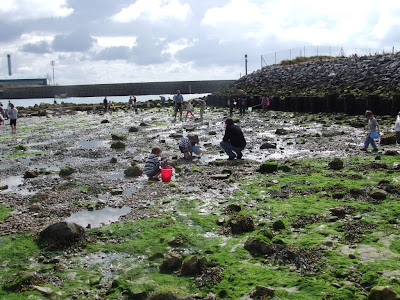 The main aim of the event is to introduce people to the fascinating life of the intertidal zone, provide them with some knowledge and skills to come back and explore the beach themselves.
A beach like this has a wealth of marine life waiting to be discovered. 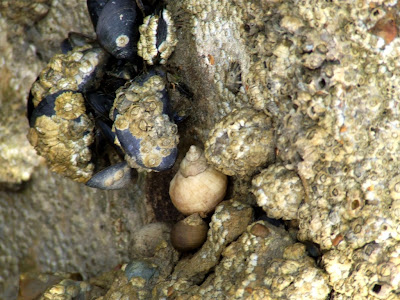 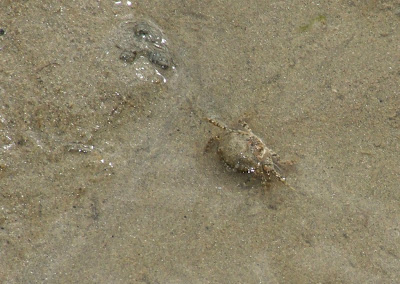 Crabs were as popular as ever and generated a lot of questions for the adults and children. There was a lot of questions about the colouration - juvenile crabs have shells that match the habitat they are living in and may be sandy coloured or covered in random blotches of black, white, brown and other colours. 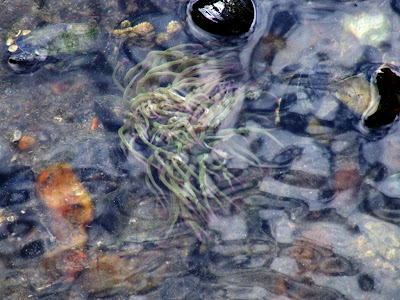 One of the more unusual finds included this snake lock anemone... 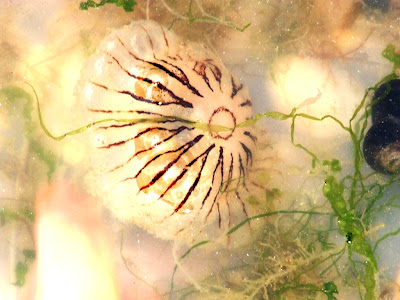 ...and this compass jellyfish (the latter was a dead stranding). 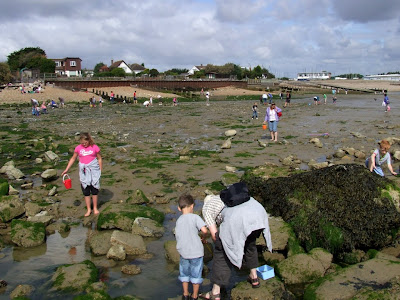 We provided some small tanks and containers to temporarily keep a few of the animals we discovered so we could talk about them at the top of the beach. 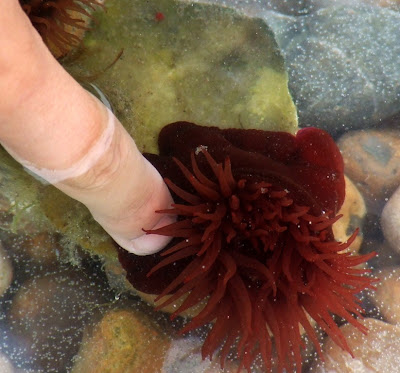 A dog whelk, edible periwinkles and a shore crab

A common shrimp, sandy coloured and flat compared to the transparent prawn. Common shrimps are hunters and can spear small fish, worms and other prey. 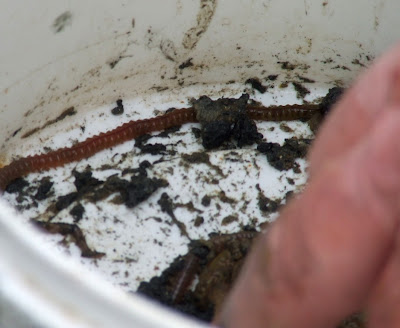 Some fisherman had been digging rag worm to use as bait. 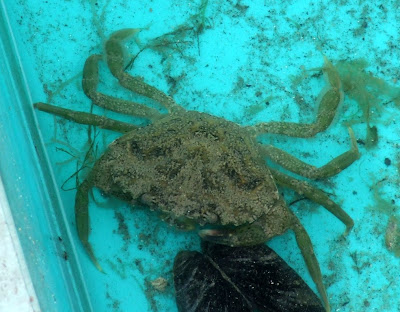 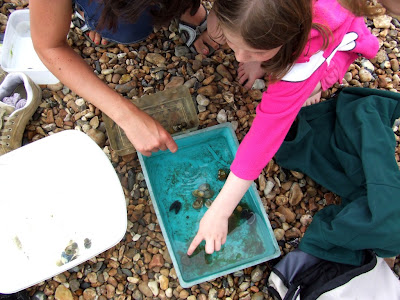 Then after a picnic lunch, the children took part in a beach sculpture activity using pebbles, seaweed and other items they could find on the beach 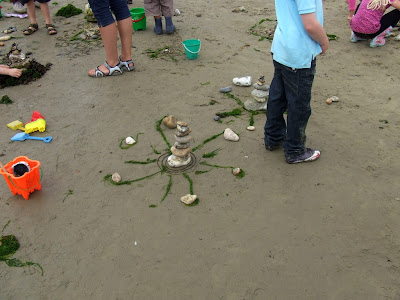 I was one of the judges, along with Jacky and John from the Friends of Shoreham Beach. Choosing winners was not easy as the designs were very different and each had something special or unusual. 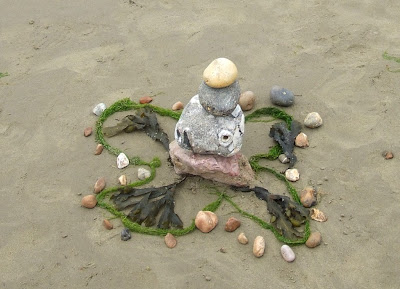 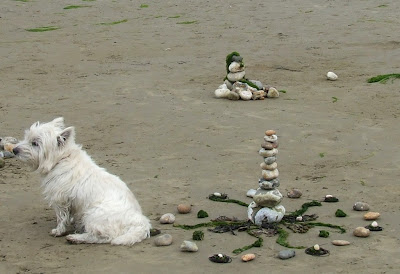 The day was a great success and we managed to avoid the rain which was forecast but did not reach the beach until about an hour after the event ended.
Posted by Steve Savage at 16:45 No comments:

3 bottlenose dolphins were sighted yesterday afternoon (3rd August). They were observed swimming 200 metres off the coast just east of Bognor Pier. Rough location 50'46'47.12 N 0 40'20.16 W
The dolphins appeared to be feeding, fisherman on the pier were catching mackerel. The dolphins also spent more time swimming on the surface, rather than the usual dive surface dive swimming pattern. The dolphins swam east along the coast and they were visible for about 30 minutes.
Posted by Steve Savage at 07:21 No comments: