We have returned again this year to the Big Bang South East Stem Science Fair in Sussex, UK. It is great to see how stem science is really growing in Sussex – this year there were almost 9000 children and teachers. Wow. 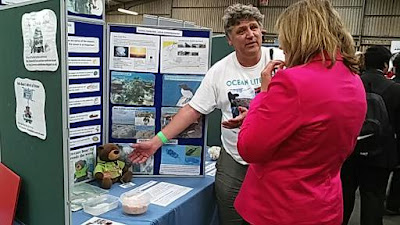 We brought an updated display showing Ed the Bear’s travels to scientists and other organisations around the world to learn about ocean science and human impact on the oceans. However, the display is really a celebration of how amazing the ocean is, providing 50% of the oxygen we breathe, freshwater, 15% of our food, new medicines, renewable energy, wellbeing and much more. 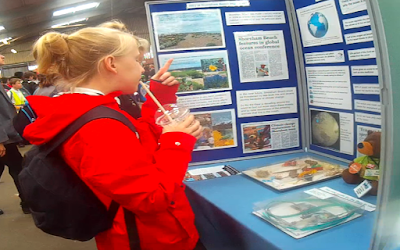 The display stand provides examples of some of the amazing animals and people that Ed the Bear has encountered on his travels with photographs of Ed sitting with penguins on Antarctic ice, diving on coral reefs and ship wrecks, coming face to face with great white sharks and much more. 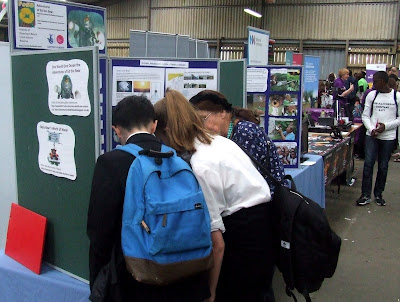 
We also included our demonstration of ocean acidification. The oceans absorb 25% of the carbon dioxide we emit into the atmosphere. This is now changing the water chemistry of the ocean threatening creatures that build their shells and bodies from calcium. carbonate. 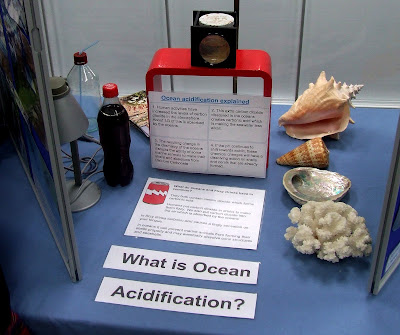 In our demonstration we put a sea shell in vinegar which slowly dissolves during the day. Creatures in the ocean are not dissolving, but they are struggling to access the calcium carbonate to build their shells and we are seeing thinner shells and even deformed shells that can make it easier for a predator to break through to eat the occupant.

We also had a display and activity based around plastic pollution. 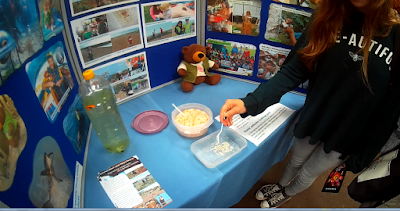 An activity using rice (representing food) and lentils (representing plastic) to demonstrate the problems of micro-plastics. We even find plastic in the bodies of plankton. Tiny pieces of plastic can also absorb other pollutants increasing the risk to the oceans wildlife.


Ed the Bear wears a necklace made from a scientists ring band. A scientist placed it on the leg of an albatross chick which sadly died from swallowing plastic. Ed uses the necklace to share his experiences of the plight of these majestic birds. 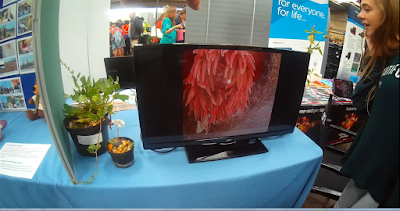 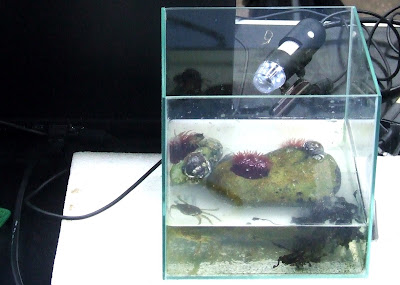 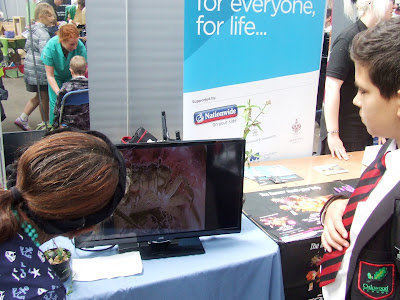 
It was an amazing day with lots on excitement, enthusiasm and interest from the children. Our go home message was that the ocean will be an increasing focus for stem related careers to help us understand our planet or help solve the many threats to our planets continued health. 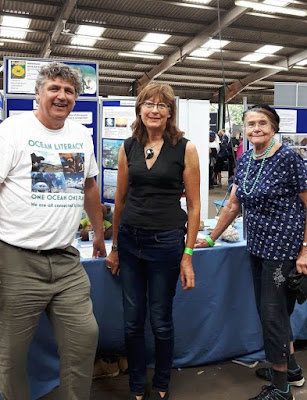 Posted by Steve Savage at 08:26 No comments:

Today we took a little bit of Shoreham Beach to Davison CE High Schools for Girls for the E.Y.E summit. E.Y.E Stands for Eco Young and Engaged – The E.Y.E. Project was established in 2008 by Tim Loughton, M.P. for East Worthing and Adur.

The Project aims to raise sustainability awareness and encourage young people’s interest in the environment. It provides an additional opportunity for the young people within those schools to learn about environmental matters through fun and educational activities available at our Eco-Summit events across West Sussex. 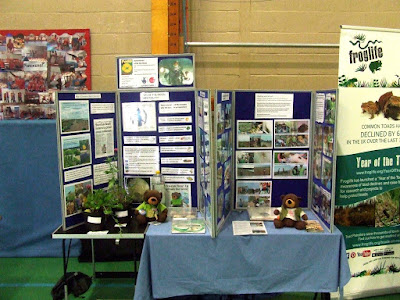 I took along my display stand that looks at Shoreham as part of the global ocean and focused on the benefits we get from the ocean such as 50% of the oxygen we breathe. The display also explained why Shoreham Beach is special. 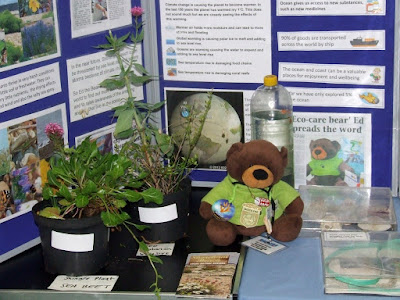 Bella was also there too with her message about water and her travels to the Amazon and Madagascar.

The theme of the event this year was sustainability and so we ran three workshops exploring plastic and considering if as invaluable to modern society or if it is an environmental scourge.

To help understand how we have reached our current use of plastic, we explored how and why plastic was originally invented and how it was inspired by the amazing abilities and limitations of rubber. We looked at early plastics – such as celluloid – without which we would not have had a film industry at that time, which linked to the early film making at Shoreham. 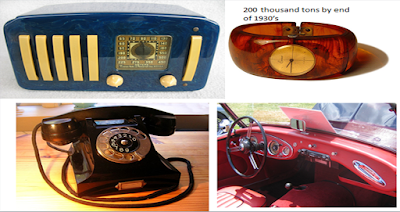 We looked at Bakerlite which paved the way for modern plastics

I encouraged children to think of ways that the invention of plastic may have helped the environment – for example it greatly reduced our reliance on wood and reduced cutting down of woodland and rainforest).

We then discussed environmental problems from plastic, looking at terrestrial examples as well as marine. The children then took part in the Albatross game – which explores how albatross adults in Hawaiian Islands collect food (and accidentally plastic and other man-made items) which they feed to their chick. Explore plastic pollution threat to wildlife and the environment. 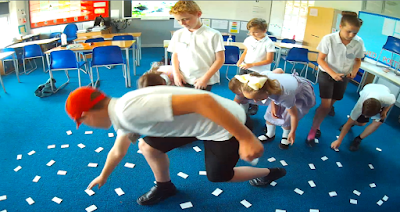 As albatross parents they will collect food for their chick. This will involve one child at a time picking up a card (face down) to reveal a plastic item or food item to feed their chick. Each child (albatross) will collect several cards and then we discussed the fate of their albatross chick. 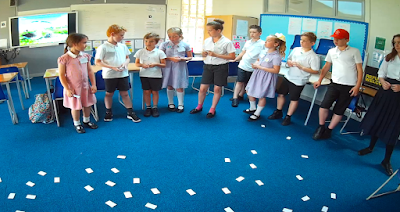 Some collected just food items, some collected food items and small pieces of plastic some, a few collected food but also large items such as a tooth brush or disposable lighter. Will their chick survive? I then gave the children one last piece of information, just before it fledges the albatross chick will regurgitate a bolus of undigested food items such as squid beaks, fish scales etc and the bolus may include small bits of plastic, bottle tops etc. 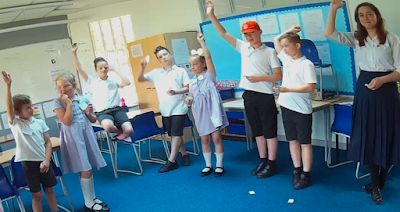 The children then reconsidered the fate of their chick based on this. 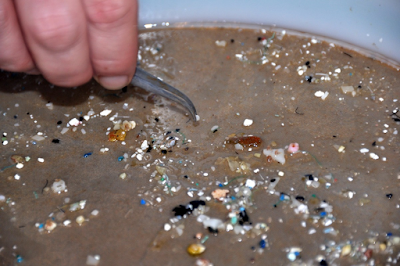 We then looked at micro plastics with the help of a micros plastic activity and then discussed sources such as photo-degraded plastic, micro-beads and nylon threads from our clothes. 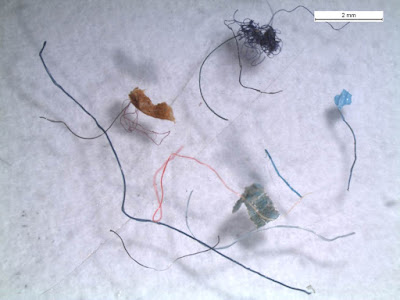 Consider if modern society can exist without plastic and discuss ideas of how society/we can help reduce the plastic debris problem.

We finished by looking at possible replacements for plastic such as bio-plastics made from natural materials – this included a possible new plastic made from the shells of shrimps and prawns that are currently discarded each year as part of seafood processing. 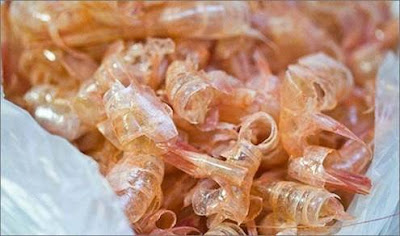 We then discussed ways that we can help with the current problem by choosing carefully what we buy, by reusing and recycling. 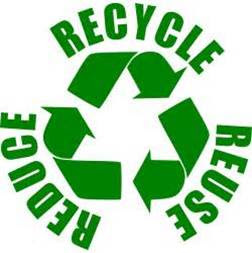 It was a great day and the children were very excited and keen to apply what they had learned to their own school or at home.

It was an amazing day.

You can find out more at http://www.eyeproject.co.uk/news

Posted by Steve Savage at 07:50 No comments: