At the end of my walk descending to the breakwater at the E end of Seaford esplanade (Splash Point) - the sea a flat calm in the lee of the cliffs, I noticed something dark diving not far out on the sea, I stopped and paid a bit more attention, expecting a cormorant to surface at any moment, imagine my delight when I found myself watching three Harbour Porpoises!

They were initially only about 40m offshore, milling around in line with the easternmost beach huts. I descended to the beach, and watched them for 5-10 minutes, there were definitely three (I suspect two ad. & a slightly smaller probable juvenile - about 3/4 the size of the other two).

There may have been as many as five, but the most I saw at any one time was three. A shame there was nobody else around (in the freezing conditions) to enjoy them. They eventually drifted further offshore and eastwards. This would have been about 13.45.

A dead stranding of a Harbor in Porpoise, Peacehaven, just the other side of Brighton in East Sussex. 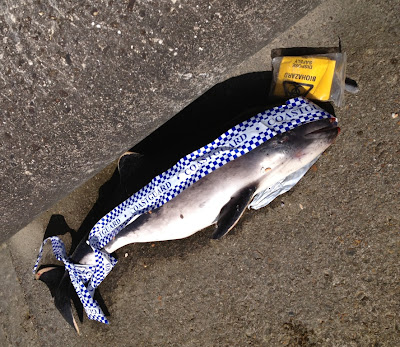 There have been a large number of dead starfish washed up on Shoreham Beach. The general consensus is that it is due to inshore spawning. 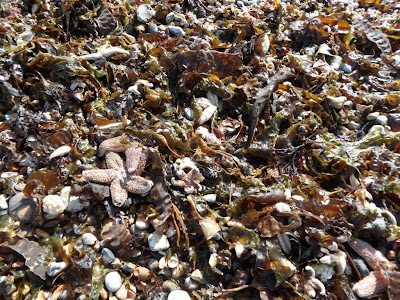 As with many animals that gather and reproduce/spawn on mass this often leaves Looking at my past records, the starfish mass strandings seem to be around this time of the year - and starfish do spawn in the spring (some may spawn in the summer). Not all starfish gather in very large groups, I guess it may depend on the biomass of starfish in that area. They need to be relatively close to each other as reproduction is external. 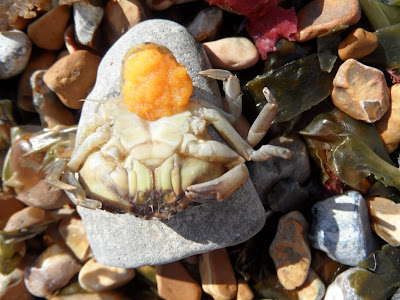 Posted by Steve Savage at 09:47 No comments:

Seal not seen since the snow

The seal/s we have been watching in the River Adur, Shoreham, have not been seen since the snowy weather
Posted by Steve Savage at 09:26 3 comments:

Additional seal sighting in the Adur

I received another sighting of the seal seen in the River Adur last Sunday. The observer, Angelika,  spotted the seal, around 4pm, in the same general location. It was swimming back and forth between the western and the eastern bank, occasionally beaching itself on the western bank. 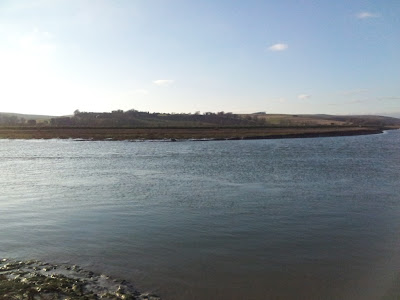 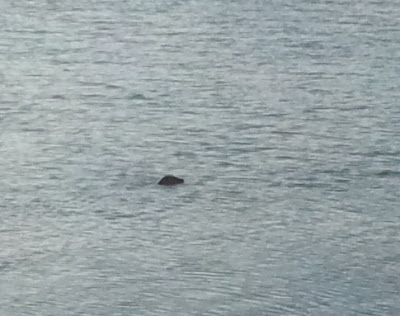 She said it looked very relaxed with the presence of humans (many walkers and dog walkers) and was still there when she left a good half hour later.