I received a call from the local paper to comment on the dried remains of a possible small shark found on Shoreham Beach Local Nature Reserve. 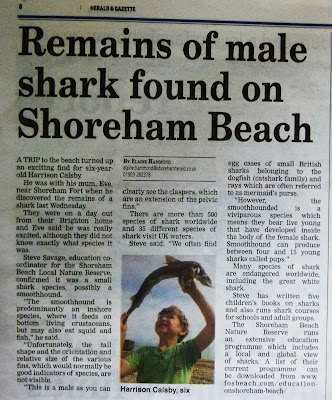 My best identification from the picture was a smooth hound a small bottom living shark. The claspers were visible determine it was  a male.

This also provide a great opportunity to include some much need positive PR for sharks.
Posted by Steve Savage at 04:27 No comments:

This is an update on the moulting grey seal reported in my previous blog entry.

Not long atfter is was seen in Eastbourne, the seal moved along the coast where it took up temporary residence on Seaford beach while it continued to moult. 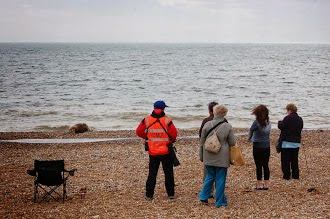 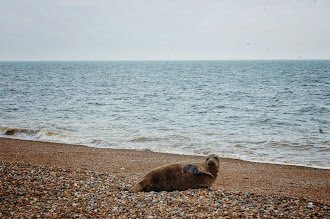 Seals can take a long time to moult as they can only shed their hair a bit at a time to maintain their insulation. The seal also took the occasional trip to the Brighton Marina where it delighted onlookers 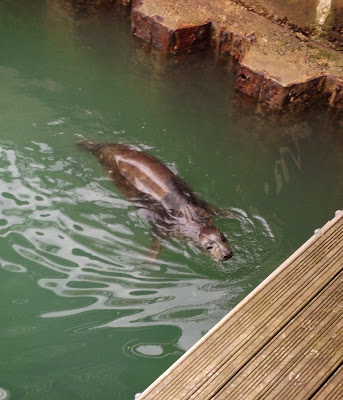 As Sussex County recorder for Sea Mammals my role also includes seals. Common seals are seen occasionally along the Sussex Coast, even venturing into Sussex rivers, but grey seals are only seen very rarely. 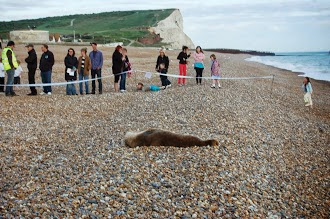 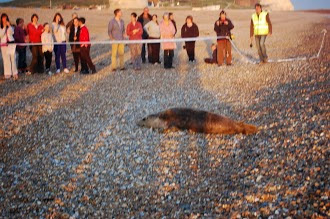 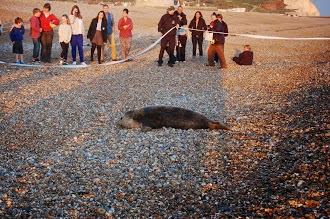 The seal has been attracting a lot of unwanted attention in Sussex. Due to the sheer number of onlookers the seal has attracted, British Divers Marine Life Rescue have continued to monitoring the situation and erected a barrier to stop people being able to get too close to the seal. 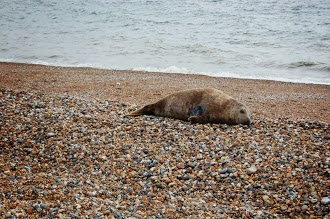 The seal has now left Seaford beach and has been spotted periodically along the coast’.All above photos © Elaine Brown, marine medic.
Posted by Steve Savage at 18:00 2 comments: