An Insect talk and walk led by myself took place on Sunday 26th June at the Harbour Club and on Shoreham Beach Local Nature Reserve as part of celebrations taking place nationwide for National Insect Week which runs from 20-26 June 2016. 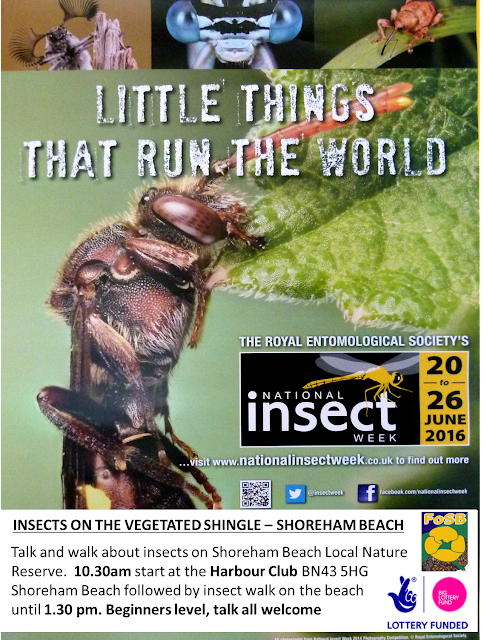 This free event was part of the programme of educational events sponsored by the Heritage Lottery Grant Awards for All. 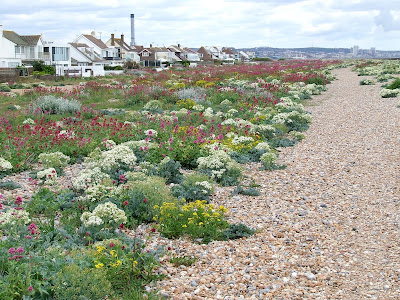 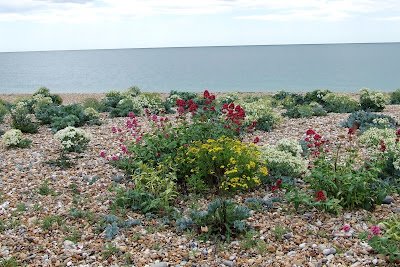 I discussed how and why the gardens adjacent to the nature reserve are important to the invertebrates (especially outside the flowering period of the shingle plants and during bad weather) and also as nesting and hibernation sites for bees.
The gardens on Shoreham Beach are an important extension to the nature reserve habitats. The talk concluded with ways we can all help these valuable insects.
I also addressed invasive species and explained how invasive plants such as red valerian and silver ragwort can entice pollinators to this ‘easy’ nectar source causing them to ignore the smaller shingle plants that area much smaller source of nectar with a risk that they may die out on the beach. 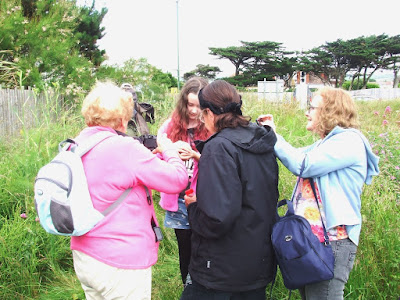 Following the talk everyone meet by the Shoreham Fort for an exploration of the shingle plants for insects. 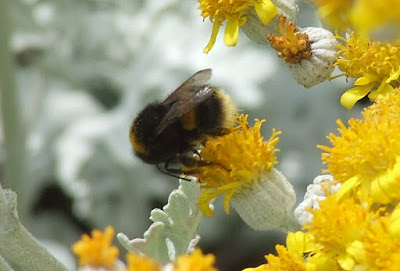 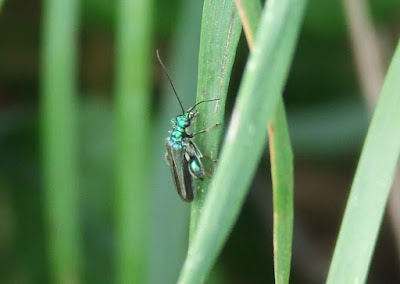 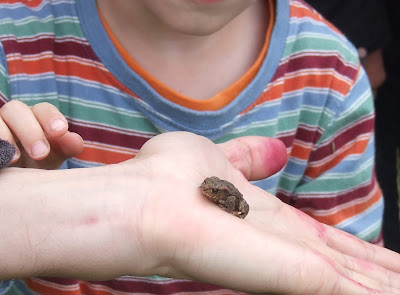 Not an insect, but another surprise find, was a tiny common frog (from this year’s hatching) and a small toad, probably last year’s hatching both of which also probably case from adjacent gardens.

Posted by Steve Savage at 21:30 No comments: