Roosting starlings at the Brighton Marina

I have seen the starlings roost underneath the Brighton Pier but I have not seen so many on the Brighton Marina before. It was a windy evening and a small flock of starlings turned in to a noisy swirling flock. 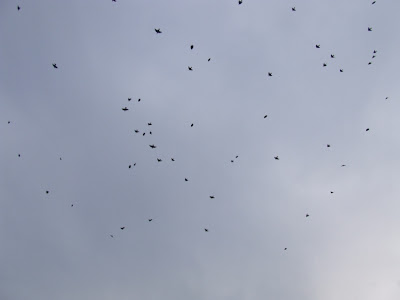 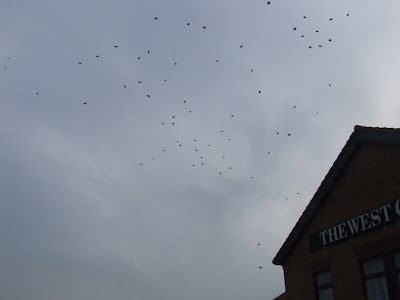 They spiraled down and disappeared beneath the restaurants standing on piles above the water. 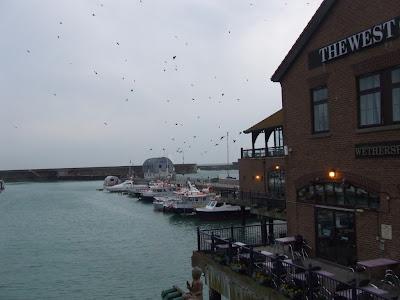 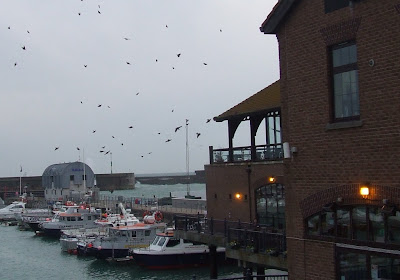 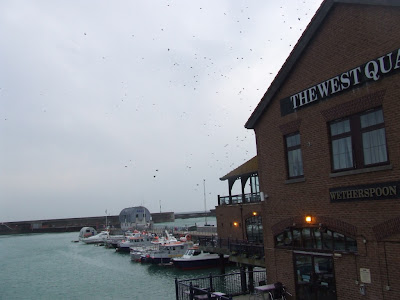 Posted by Steve Savage at 18:34 No comments:

Yesterday evening I received another seal sighting, this time at falling sands just to the east of Beachy head lighthouse. Two seals were observed by Jack Harris (and his Father) on Sunday 17th October in the morning. On his return  late afternoon one of the seals was still there 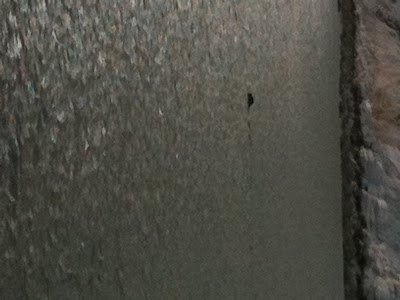 Jack took this picture using his mobile phone which clearly shows a dog-shaped head which would indicate a common seal.
A seal, probably the same animal, was also there on Monday 18th October morning and Monday evening.
Posted by Steve Savage at 02:52 No comments:

I was called to a possible injured seal this evening at Saltdean beach (opposite the Lido). Unfortunately the traffic was bad and it was getting dark by the time we got there. It was light enough to see that the seal was not on the pebble beach, or in the water as there was good illumination from moon light. It was difficult to tell
for sure if it was on the rock breakwater or not.

Hopefully this was a healthy seal, which the observer thought was in trouble because seals are not common locally and people are often not used to seeing a seal hauled out. I also encouraged the observer to call British Divers Marine Life Rescue but they arrived just before me and could not find the seal either

We will keep an eye out tomorrow to see if it is still around. It may be the seal that we occasionally see up the nearby River Ouse.
Posted by Steve Savage at 12:37 No comments: