I have just heard today that the dolphin herd I posted on 18th August, seen in West Sussex, were later seen that afternoon (Sunday) at the West Pier Brighton and later at Saltdean near a group of wakeboarders.
Posted by Steve Savage at 07:43 No comments:


I was contacted by the Worthing gazette yesterday to verify a possible dolphin encounter off West Sussex on Sunday. The sighting was a possible group of 30-40 dolphins. The sightings were made by Luke Biddlecombe and accompanied by some brilliant video footage of bottlenose dolphins. 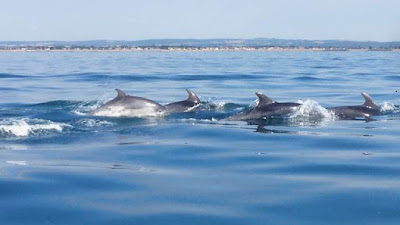 Luke was returning from the Isles of Wight with a group of friends traveling in three separate boats. The dolphins were about a mile off the coast from Bognor when they were first encountered the dolphins.

One dolphin appeared first and then it became clear that there was a herd of dolphins. Luke and his friends estimated there were between 30 and 40 dolphins.

The dolphins followed the vessels for about 30 minutes, playing in the wake and in the bow wave. 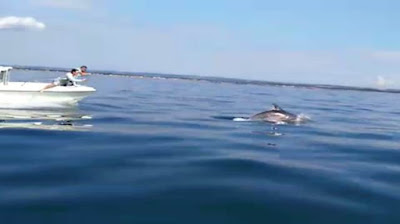 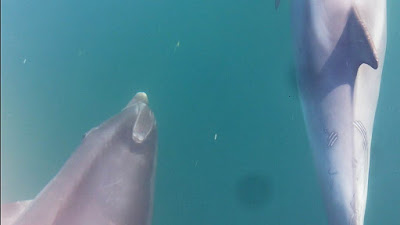 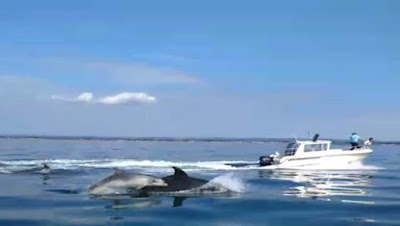 The dolphin herd included possibly as many as 4 or 5 juveniles. From the video footage there appears to be at least 3 juveniles. 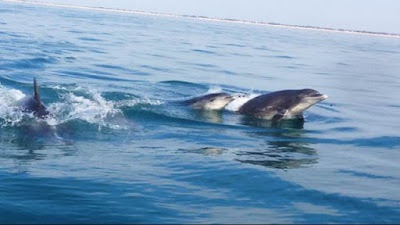 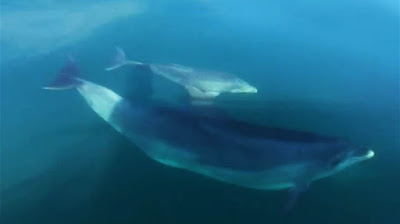 It is likely that this is a female herd with juveniles.

Luke and his friends said that it was a great experience and they were absolutely amazed by it.
Offshore groups of dolphins are only rarely encountered off Sussex so this was a great sighting.

Sadly, the annual inshore sightings between Worthing and Brighton (100-200 metres from the shore) have greatly decreased in recent years, possibly due to the great increase in water sports. 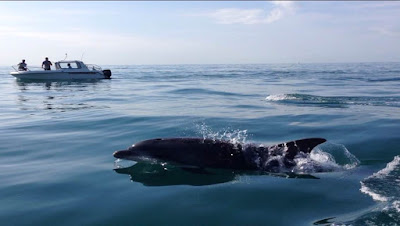 The dolphins probably continued along the coast and would have been offshore when they passed Shoreham and Brighton.
Posted by Steve Savage at 04:09 No comments: