A common seal was spotted today off Brighton at 7.15 pm today by Malin who was running along the undercliff walk between Rottingdean and Brighton Marina. Malin  and I spotted a seal in the sea. The seal was swimming towards the shore but then it dived down in the direction of Rottingdean. It was not seen again, however seals can dive for 15- 20 minutes easily so it is easy to loose track of them once they dive.
Posted by Steve Savage at 09:56 No comments:

A solitary bottlenose dolphin was reported by fisherman off Selsey Bill, West Sussex.
Posted by Steve Savage at 10:02 No comments: 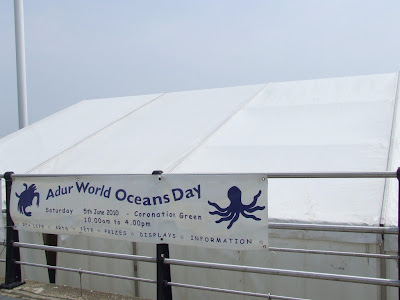 Its June and time for the annual World Oceans Day Event. The same great location as always on Coronation Green at the end of the high street and adjacent to the river Adur in Shoreham-by Sea. 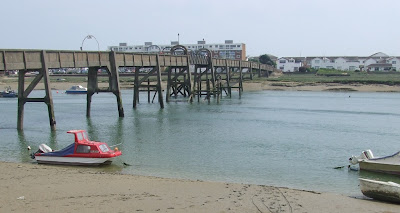 As usual a great mix of stands from local groups and organisations. Shoreham Beach Local nature Reserve was represented by the Friends of Shoreham Beach with a fascinating and informative display stand about the rare vegetated shingle habitat and associated wildlife. 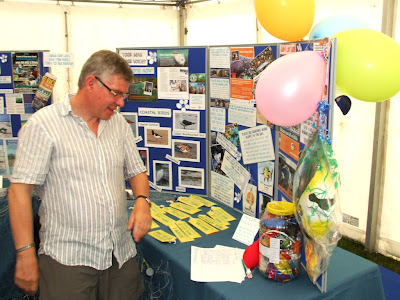 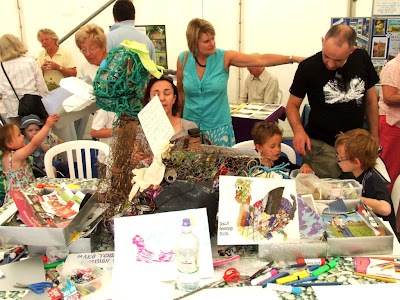 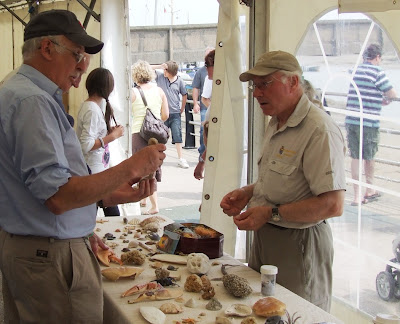 The local rangers brought along their fascinating tactile display about the seashore strandline and long term experts on vegetated shingle David Wood and his wife had a display about this habitat and also the local saline lagoon "Wide Water". The local Shoreham Angling Squad. who voluntarily clear up the western arm of the harbour. also had a display. 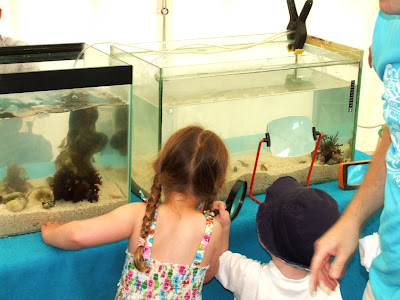 Andy Horton from British Marine Study Society (and co-organiser of the event) had the usual aquarium displays and a pool with lobsters and edible crabs. 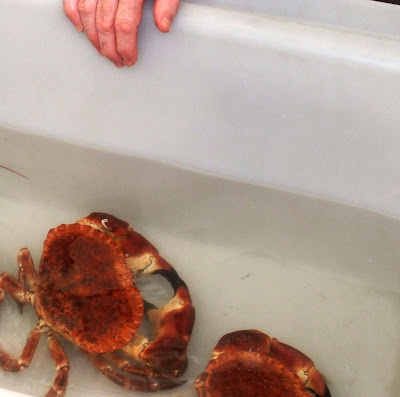 As usual I took along my display based around the life sized inflatable bottlenose dolphin (species seen locally) which included biological information and pictures and facts about local sea mammal sightings. 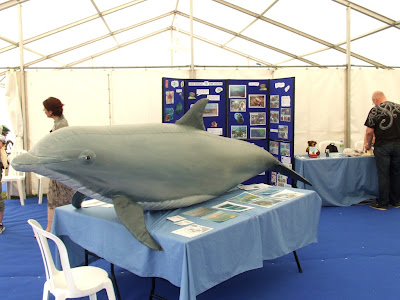 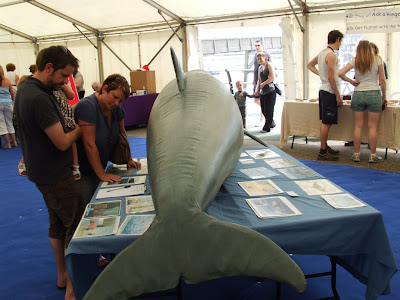 This year I also took along a new display, One World One Ocean - The Adventures of Ed the Bear. This is a project that highlights threats to the ocean and also celebrates the diversity of wildlife globally and also locally. 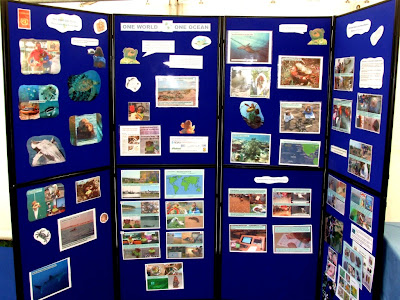 This is done through the global adventures of the globe trotting Ed (a teddy bear) who reports back his experiences via a weblog. Ed also visits UK schools and events.
You can find out more about this project on http://adventuresofedthebear.blogspot.com/ 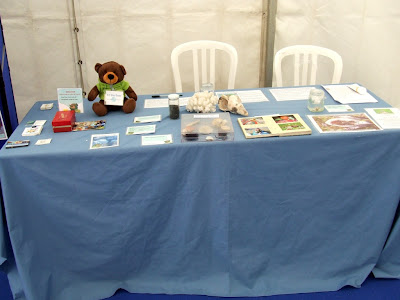 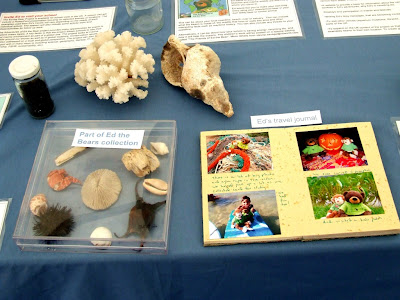 The display included objects from Ed's travels and his journal. 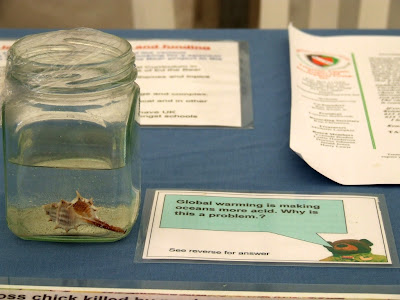 The display also include a demonstration about acid oceans using clear vinegar and a seashell.

I took the opportunity to make Ed's appearance at World Oceans Day part of his ongoing story and so I photographed his with many of the exhibits, a couple of examples below. 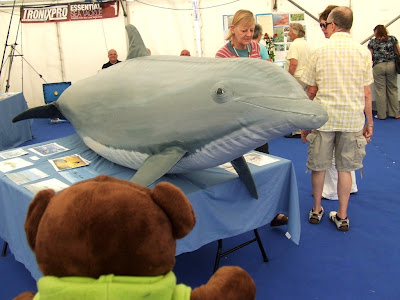 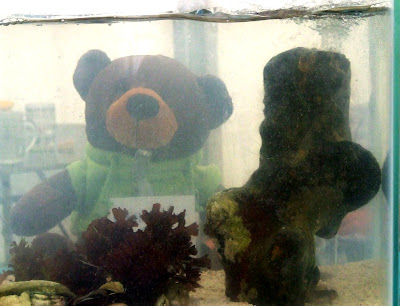 As usual the event was very popular and attracted a lot of interest. 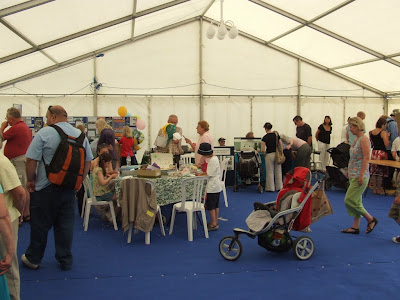 Posted by Steve Savage at 08:06 No comments: