The grey seal is still living in the River Arun and surrounding waters. Here are some more sightings


It may be of interest to you; so I thought I would let you know that I spotted a grey seal in the River Arun at lunchtime today. It was heading North with the tide just short of the old bridge.  It dived and though I searched for it, I did not see it resurface.


I was standing in a sandwich shop, looking out of the window overlooking the river. South of the Queen St. Road bridge. Kind regards, Darran


Hi Steve.  Just to let you know that we spotted a seal in the River Arun just after 2pm today. It was north of the Black Rabbit, Arundel about 5 miles along the River from Littlehampton 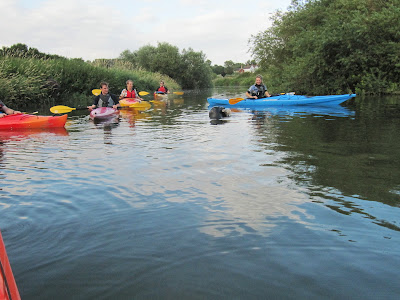 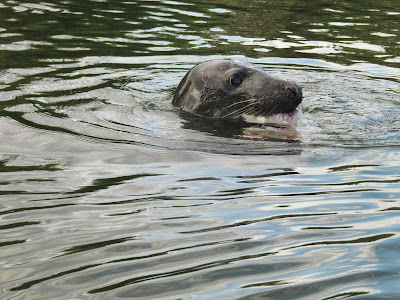 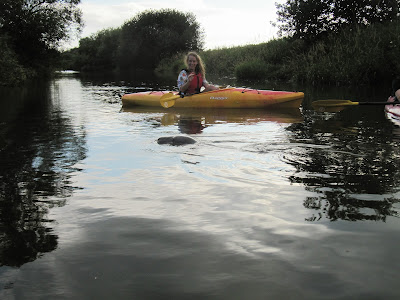 I was canoeing about 2 miles downriver today from Pulborough today when I encountered a playful seal. He repeatedly swam up to and surfaced near my boat and even showed me a rather large fish he had caught.


I have some video that I shot and once I've downloaded it I will send you a link. http://www.youtube.com/watch?v=zgGyPpGBb-k&feature=youtu.be

I've just returned from a paddle boarding session off Littlehampton Beach (opposite the leisure centre) and I had an encounter with a seal! I ride an inflatable paddle board and I heard a "pishh, pishh" behind me, I thought I'd sprung a leak! I turned around and saw a seal swimming along behind me.
It came alongside and was very inquisitive. I hadn't heard of seal on our coast, so I Googled sightings when I got back home and came across a story in the Littlehampton Gazzette dated 26 June. I saw that you requested information of any sightings at the foot of the article.

I'll be sure to take a camera with me when I go out next! Kind regards Roger


My husband and daughter saw the seal in the River Arun this afternoon.  It was in the shallows on the right where the tee pee tents are on the left.  I don’t know exactly where that is though.  If you need more information, then please email me back.


Saw through Google that you were requesting info on seal sightings.


A very relaxed, friendly seal was basking on the lower east bank of the Arun at High water approx 1mile north of the Arundel to Littlehampton railway bridge yesterday afternoon the 23/8/2013.


He was not at all disturbed nor bothered by our close vicinity in our kayaks to say hello, He looked extremely healthy and well fed and my wife and I stayed some time to admire him, Regards, Sean & Davina


We’ve been to Littlehampton today and was amazed to see a seal in the river opposite the fairground. Vince

I don't know if you still interested but we have just spotted, at 20:00hrs, a seal in the river Arun.  He did not look distressed, he was just resting on the river bank.  I don't know if it is the same one as before, he certainly looked very healthy.
Kind regards tasha & Sue


Hi, I got your email address just now as I google searched 'seal in Littlehampton' and wanted to find out more by what we saw today! We were in Littlehampton today and were crabbing by the river. A huge seal swam right up to us and caught what looked like an eel in its mouth!

We were in awe! About an hour later walking back along the beach we saw a seal in the water quite close to the beach as the tide was in. It was swimming extremely close to two people im the water. Amazing!! Thought we would let you know :)
Kind regards, The Ward Family.


Hi, just to let you know I spotted a seal at Arundel town bridge this evening at 18.30. Couldn't get a photo as it I missed my opportunity, the seal headed further up the river passed the bridge. A few other people spotted it along with a family following it in a boat.
Regards,

While kayaking today along the river Arun we spotted what the Arun grey seal. Looked up grey seals in the area when we got home and found the gazette arrival with your email address. It was about 645 am when we saw him or her and we had just past the Littlehampton marina and were about 5 minutes from going under the road bridge heading towards Arundel.


The seal dived when we first spotted it but resurfaced quickly and came up close to the kayaks and swam along a little behind for a while. Hope this helps with you sea watch the seal was beautiful and really curious. Will be using this route a few more time in the next few weeks will email again if lucky enough to see him/her again.

Thanks Ian, Sally and Amie 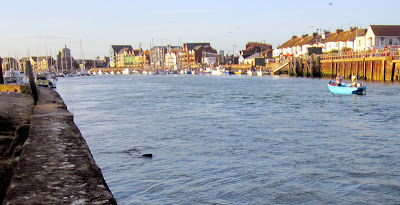 Seal seen this evening numerous times in harbour and then returning out to open sea. Seemed very relaxed. Photo from West Beach car park whilst we were eating fish and chips. Belinda Wilkins

Update of seal sightings in July

I received many sightings of seals in July, especially the grey seal that has been interacting with people and visiting both the river Adur and the River Arun (both in West Sussex). A few grey seals have been reported early in this weblog for early July.

"I regularly swim in the sea at the end of my road...Ham Road, east Worthing by the boulders.


An hour ago I though I had encountered a floating dead person...it made me jump obviously...but after swimming a way and looking back I realised I was being followed by a seal.


His head is a dark slate grey/black colour. really cute face...was clearly following me. I have no experience of them and didn't know whether they're safe to swim with so I ran onto the shore...the coastguard happened to me be paroling on his buggy and saw him swim away...so he can verify it.


I feel so blessed and excited. I will look out for him but would like to know if it's okay to swim with them. I'm a strong swimmer but wouldn't like to be hit by a fin....


I have just read a Shoreham Herald article on the River Adur seal after having spotted him about half an hour ago swimming between Cuckoo's Corner and the Shoreham flyover.


A seal came swimming along at Shoreham Beach around midday yesterday – dark, pretty big, I’d say 1.2m or so in length, lean, very tame, swam within 20m of swimmers, quite close inshore, magical!


Hope this is helpful in the seal watch scheme of things. Didn’t capture on camera as I was swimming!


On July 7th whilst visiting the beach opposite end of Mardyke we were surprised to see a seal---2 photos attached of that sighting. The seal came up quite close (about 2 yards) from swimmers in the water.

Then yesterday I went down for a swim at high tide and whilst swimming, turned and saw the (same I presume) seal only a couple of yards from me. It gave me quite a sudden shock, but having already seen the seal 2 weeks before realised what it was. The seal just swam away un-concerned".  7.7.2013 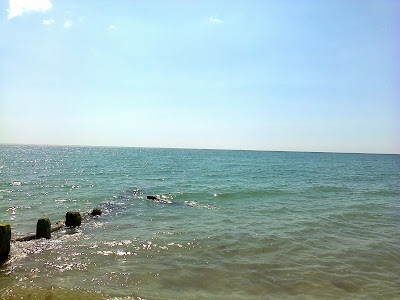 I found your email request to let you know as I was looking up a few things on harbour seals today as I had the amazing great good fortune today to find myself and my son swimming with a seal just off Littlehampton west beach! in total shock and excitement! it swam round us a couple of times and had a good look both from underneath and my face & then swam off! truly incredible! anything you can tell me about them in this area I would love to know, ….would one expect there to be more around or is it thought the seal that has been seen around here is a lone one? is this normal?
Great to know you are taking an interest, thanks, willow" 10.7.2013 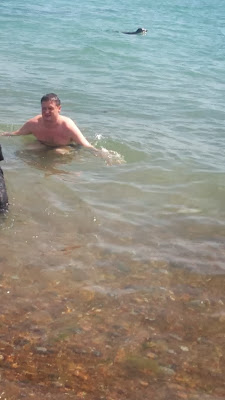 "Hi there, we were down the greens ward part of Rustington beach by the sea estate yesterday. I was swimming with my dog and a seal swam by us about 5m away. Bobbed up a few times then swam away. My wife caught it on camera but it looks more like another dog from the poor quality from my camera phone. But it was definitely a seal. Me and my wife can both confirm that. Read article in Littlehampton gazette and u guys asked to be notified. Hope it helps. Gavin. 15.7.2013

"Hello there I saw in the gazette you want to know if anyone sees the seal yesterday around two pm the seal was in Littlehampton beach by the swimming centre for over a hour and it was swimming. around peoples feet I Managed to get really close to it and it let me stroke it on a few occasions
Tamara" 17.7.2013
"Hi Steve, caught sight of the seal just off Littlehampton beach opposite the skate ramps, low tide about 4.15. 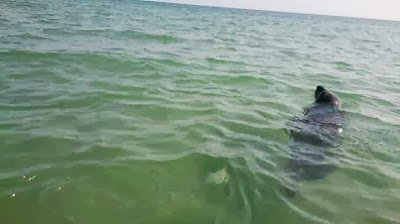 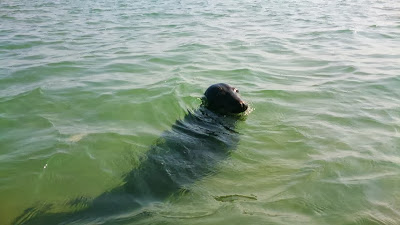 It has been fantastic to receive so many sightings, often of the same seal and great to hear from so many people who have enjoyed seeing the seals. (Report added to weblog after seal has moved on as we are keen not cause stress for the seals when they remain in once location).
Posted by Steve Savage at 02:02 No comments: