A seal was seen off Shoreham Beach Local Nature Reserve (West Sussex) today at 4.00pm. I am not sure which species at present. A photograph of the seal "face on" suggests it might be a grey seal but this may just be the light. 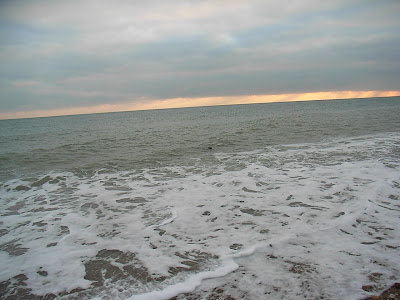 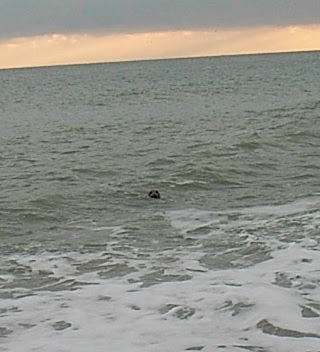 A segment of video taken, too large to send as an attachment, so I hope when I receive this it will be clear as to which species it was. Unfortunately when I got the message at 4.00pm it was already getting dark and unfortunately it would have taken me an hour to get there by bus. So I did not get to see it myself.
Posted by Steve Savage at 10:09 No comments:

I have received a seal sighting from Malin (who has provided seal sightings before). This seal was resting on the riverbank between the Golden Galleon Pub and Cuckmere Haven in the Seven Sisters area on New Year's Day. 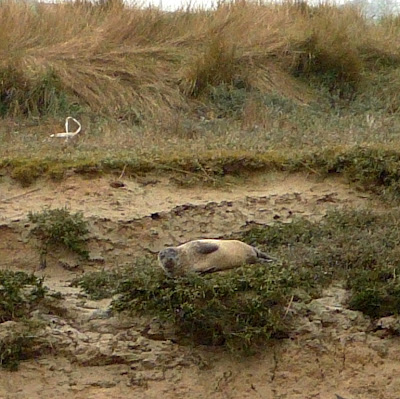 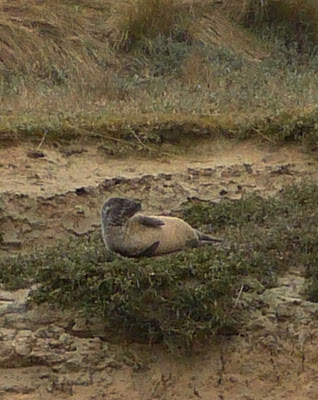 The seal was a grey seal, identifiable by its lack of a forehead. This may well be the same seal that was reported in the nearby river Ouse on 30th December 2010, as grey seals are rarely sighted in Sussex.
Posted by Steve Savage at 08:35 1 comment: