Another common seal sighting, this time in the River Adur in West Sussex. The seal was seen swimming in the lower estuary area of the river on Saturday 17th October. On Sunday, a seal (almost certainly the same one) was spotted seen a few miles up river near Upper Beeding.

I am hoping to obtain photographs of this seal. Looking at the picture that appeared in the Shoreham Herald it is almost certainly the same seal we have seen in the past in the nearby River Ouse where it swims many miles up river above Lewes.
Posted by Steve Savage at 08:20 2 comments:

I have just received two common seal sightings from last Friday, both inland. The first was reported on the river Arun near Pulborough (West Sussex). The second was reported near Alfriston on the River Ouse (East Sussex).

As you may know from earlier blog entries, its not uncommon for common seals to swim up river, especially the Ouse and the Arun. Its thought that these seals travel up river following fish. Unlike whales and dolphins, seals are quite happy up river, being able to haul out from time to time and rarely get into trouble.

The dolphin rescue demonstration has now become a course for the West Sussex Gifted and Talented Programme. The aim of the course is that the children would learn about sea mammal adaptation and use this to help plan a dolphin rescue. 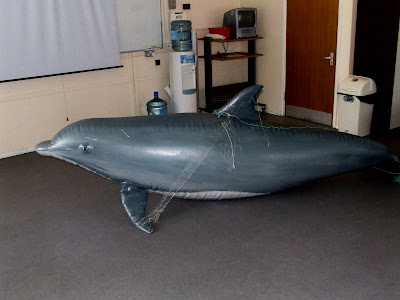 The scenario for the main rescue activity is that a dolphin has become entangled in an old piece of fishing net and become stranded on a sandy beach as the tide recedes. The children will need to provide first aid that will keep the dolphin alive until the tide returns and they can float the dolphin. However, to do this the children will need a level of knowledge about dolphins and dolphin strandings. 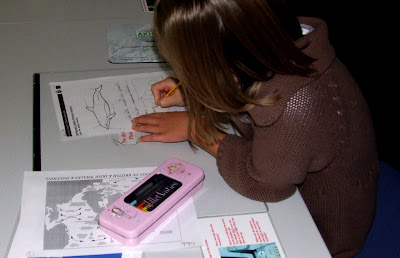 For example the dorsal fin (on the dolphins back) provides balance, the flippers are used for steering and the tail for locomotion. The dolphins layer of blubber reduces heat loss and excess body heat is removed via the fins and tail.

The children were then shown some stranding case studies and we discussed why dolphins become stranded. We discussed the problems a stranded dolphin may face and the children used this information to create their own first aid manual. 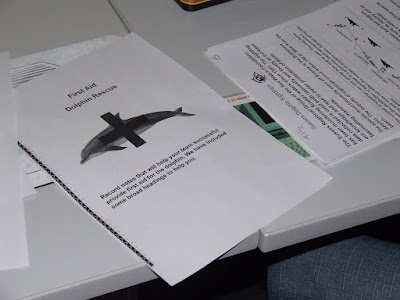 The children used the information they had recorded in their first aid manual to plan their group rescue. 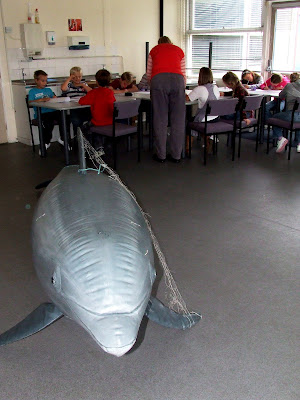 The children had to decide what they should do, who should do what and in what order.

Checking the that the dolphin is alive by checking for breathing. A dolphin may breath once every 15 - 30 seconds. 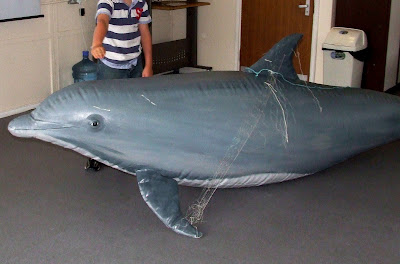 More than 10 times a minute is a sign that the dolphin is deeply distressed. Monitoring the breathing is a very important role

Dolphins react very well to being stroked and spoken to softly. 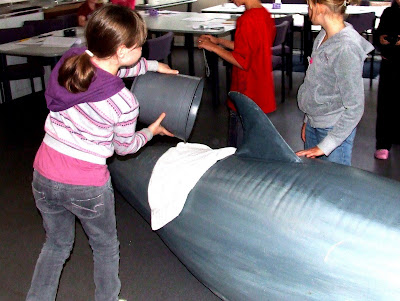 Keeping the dolphin cool and wet with buckets of water and a wet towl.

Another couple of children were digging sand from around the flippers to help reduce pressure from gravity.
The tide is now coming in. Final check before attempting to release the dolphin into the sea. 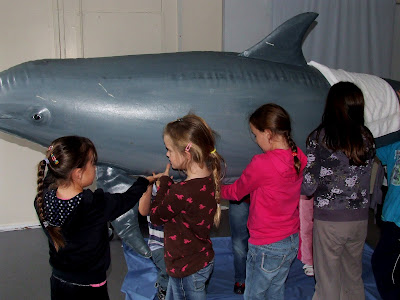 Moving the dolphin and supporting it until it is able to swim away. 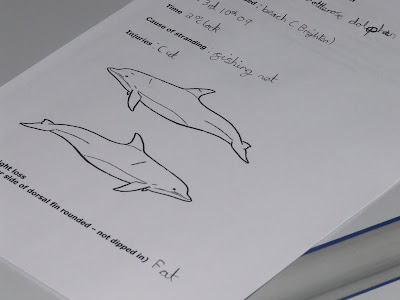 Recording the stranding
The rescue was a success and we discussed as a group what went well and what they might do different.
To look more closely at the issue that cause strandings the children undertook a group food web game to see how global warming is affecting marine food chains. 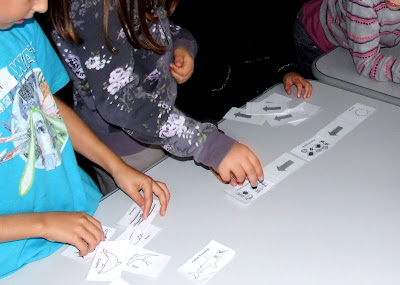 We finished with an activity about marine litter, especially plastics. We looked at how long different items take to biodegrade and the dangers to marine wildlife from plastics and other marine debris.
Posted by Steve Savage at 07:14 2 comments: