Another seal in the River Adur

I have just received a report from a canoeist who saw a seal higher up the river near Lancing College. The seal on the left hand bank watched as they paddled a respectful distance past, then as the tide was turning we drifted back past. This seal was estimated to be between 4 and 5 feet in length so cannot be the juvenile seal reported earlier.

When the canoe was about 20 feet away the seal entered the water and emerged 30 feet or so way and watched the canoe drift off, he dived again and then reappered in the same spot. The observer, Darren, said it felt like the seal was just checking they were on their way before heading back to the 'perch' where we first spotted him.
Posted by Steve Savage at 21:30 No comments:

A juvenile common seal has been spending time in the river Adur. The seal was first seen on 7th February in the morning, It appeared that the seal had swum back out to sea. However, on the 14th February the seal was hauled out on the estuary mud and reported again in a different location on 15th February by the Shoreham Port Authority. 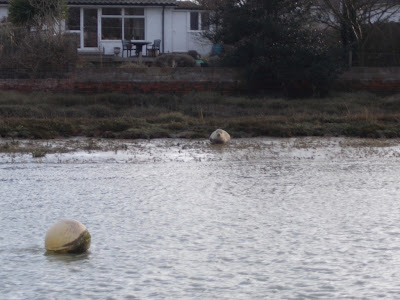 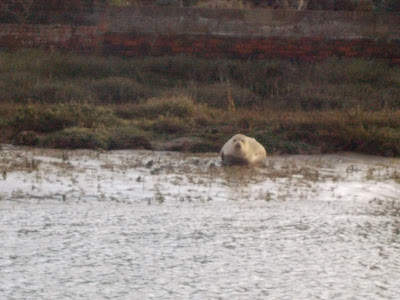 As the seal was a juvenile we reported the sighting to British Divers Marine Life Rescue, even though the seal appeared to be fit and healthy, so they can monitor the situation.


The seal disappeared again and reappeared on 18th February. It’s great that the River Adur is receiving periodic visits from seals. 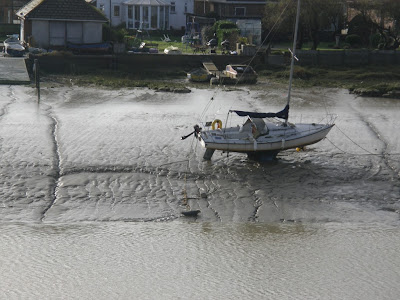 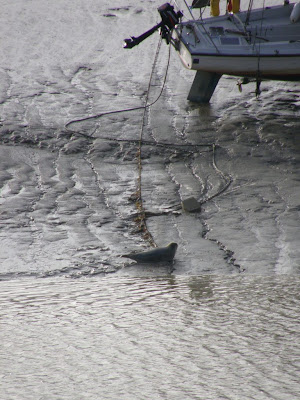 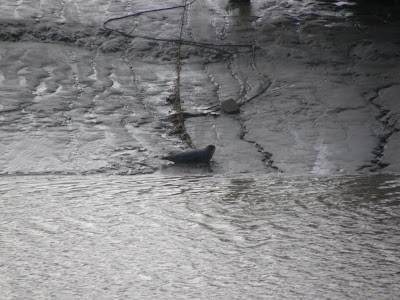 However, it’s important that these seals are not approached as they will quickly move to a quieter location. While seals are inquisitive and appear cute and appealing they are best enjoyed from a distance.
Posted by Steve Savage at 10:32 1 comment: