I received reports of a seal that had been seen and photographed at the Eastbourne Harbour. Most sightings have been common seals, but the photographs look like grey seals. 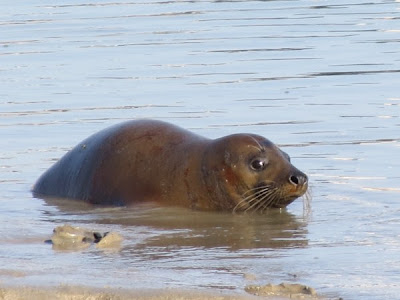 The head shape is definitely grey rather than common, but the colouration and lack of markings is unusual. 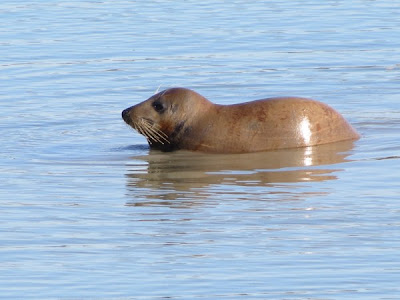 Possibly a juvenile as no size was indicated for the seal. There can be quite a difference and markings and patterns of both common and grey seals.
Posted by Steve Savage at 09:44 1 comment: