I have received several anecdotal reports of a group of about 10 bottlenose dolphins that have been seen on and off for the last couple of weeks, from Brighton to Shoreham.

Until now, no definite sighting - however I have just heard that they were spotted last Sunday off the undercliff walk to the east of the Marina.

A grey seal was spotted from the shore on 14th April at Worthing
Posted by Steve Savage at 20:00 No comments:

I am still receiving anecdotal seal sightings in the River Adur and surrounding area. I have some pics of one of the seals that shows no facial marking except for a couple of tiny black spots near its right eye. 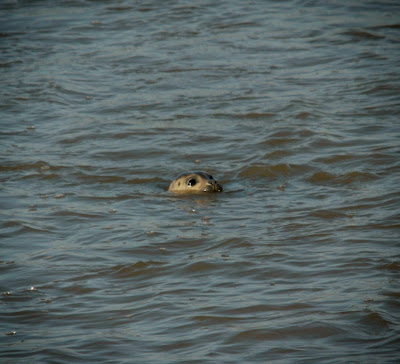 Its not one I have seen (knowingly) in the Adur before. 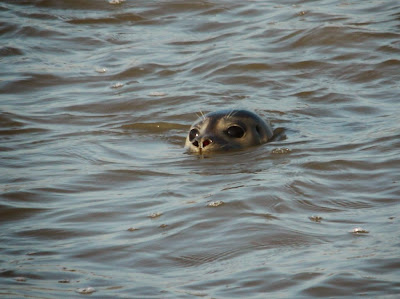 The seal was reported by Paul Dogman on 14th March, first seen 8.29am Paul took the two photographs above.  The sighting was at Shoreham foot passenger bridge and the seal was clearly fishing. It hung about for around 10 mins.

You can see more of Pauls photographs http://www.flickr.com/photos/mrfurrylover/sets

Paul also forwarded two other photographs taken by a friend the previous week. The seal was furtther up river by the Coombes/passies pond area. 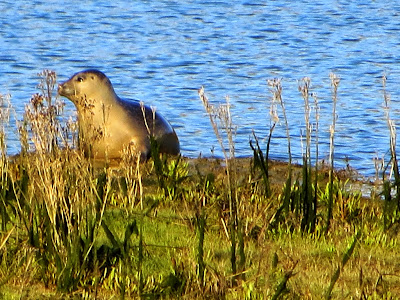 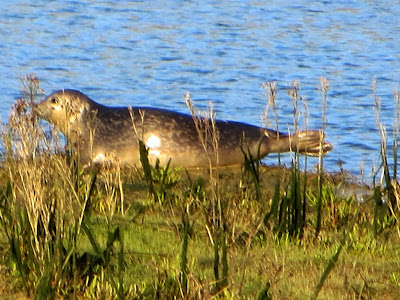 Posted by Steve Savage at 10:01 No comments: