Another course, this time as part of the adult education programme for the Sussex Wildlife Trust. To provide an overview of the geneal area, coastal geography, how Shoreham Beach was formed and the maritime history - we started at the Rope tackle Centre on the banks of the River Adur. 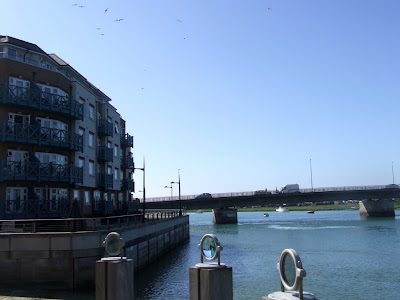 This provided the opportunity to introduce the participants to the various topics, including archives images. Part the way through, I handed out some pebbles from Shoreham Beach (similar to the previous school session - see yesterdays blog) for the participants to comment on the pebbles, what they were etc.
The second part of the course was a walk from the Rope Tackle Centre, across the Norfolk bridge, down by the estuary and across to the beach via the house boats. On the way I pointed out the coastal geography and maritime history we had seen in the earlier part of the session. This included the history of the Norfolk bridge(s), the estuary, the houseboats etc. On the estuary we saw various birds including several lapwings, a couple of egrets, and a red shank 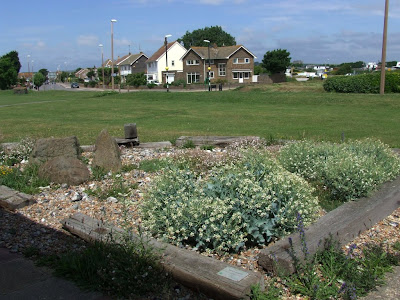 Just before we reached the beach we stopped to look at the shingle garden by the Beach Green toilet block. 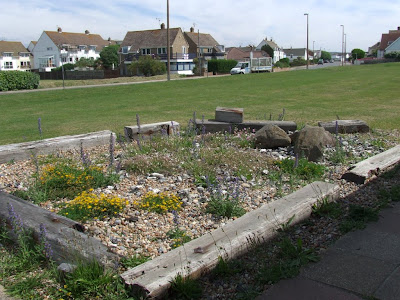 We then explored the vegetated shingle habitat looking at the plants and wildlife. I provided the participants with ID guides so we could move along as an informal ramble giving the chance for the participants to explore and identify some of the plants. 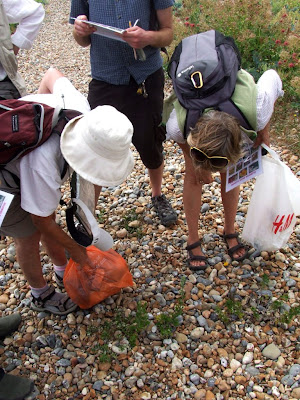 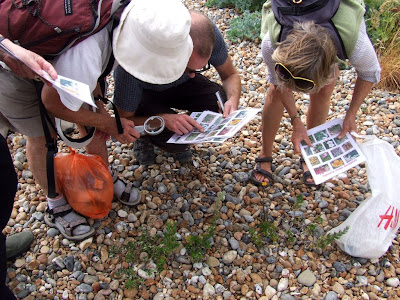 We eventually walked back down the beach and crossed the river Adur at the footbridge before returning to the Rope tackle for a brief roundup. Several of the participants said they would certainly come back and explore Shoreham and Shoreham Beach later in the year.
Posted by Steve Savage at 07:58 No comments:

I worked with a group of students on Shoreham Beach Local Nature Reserve, one of my Pupil Enrichment Programme session, for West Sussex County Council. The course started in a local school near the nature reserve allowing some classroom preparation. 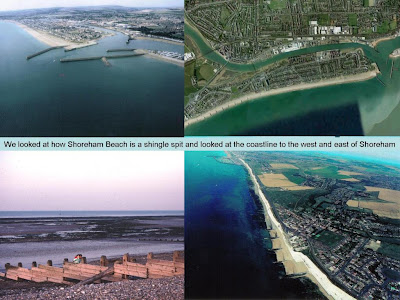 We started by looking at how varied the Sussex Coastline is in regard to habitat types which include pebble beaches, sandy beaches, sand dunes, chalk cliff and wave cut platform and various coastal developments.

We looked at how the sea can create beaches (such as shingle spits like Shoreham) or erode coastline such as chalk cliffs. The pupils were provided two different scenarios to complete and predict what happens next, a shingle coast and a chalk cliff coast. After this we discussed how Shoreham Beach was formed by longshore drift and the flow of the River Adur. 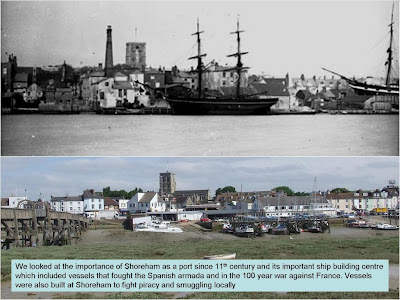 We looked at how Shoreham Beach has played a major part in local maritime history – such as the port and ship building. 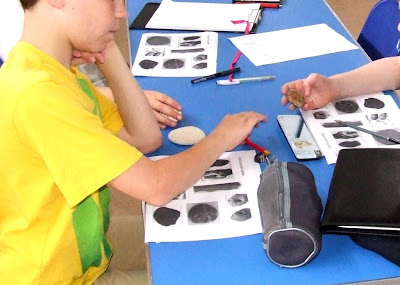 The students were given a selection of pebbles from the beach to identify and comment on their origins. 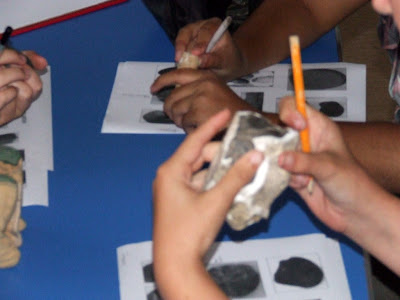 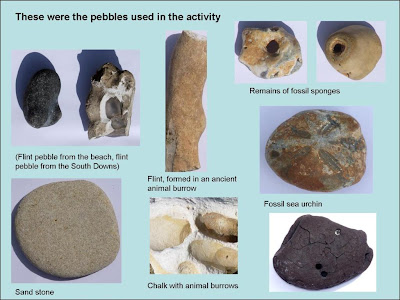 These included a large flint pebble, piece of flint from the South Downs, chalk, sea coal, a brown flint, a long shaped flint and quartzite. 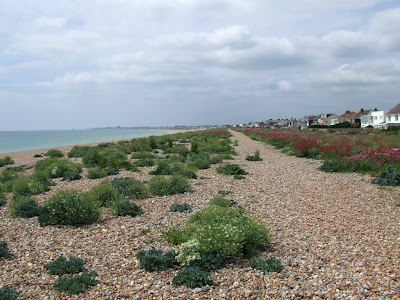 Much of the day was spent investigating the local nature reserve. The students were divided into two groups and took turns in various activities.

This included a beach transect survey from the top of the beach to the shingle crest identifying and recording the numbers of each species present.
Group 1 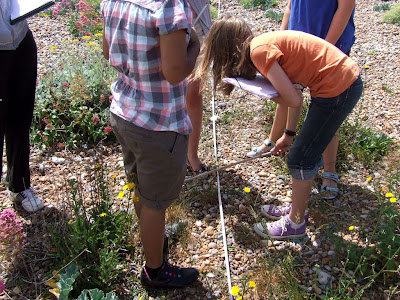 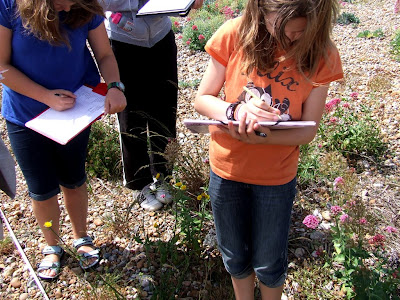 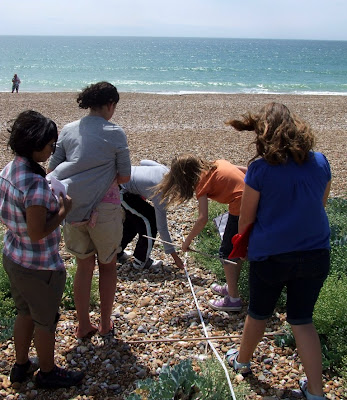 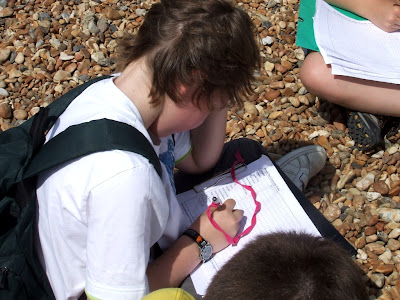 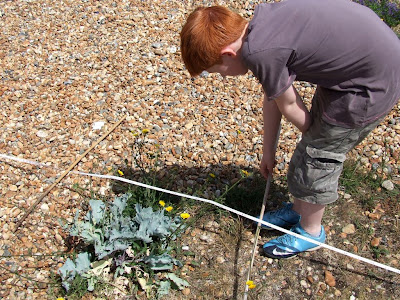 This helps to build up a profile of the plant communities.
Another activity involved students looking for adaptation features that different shingle plants use to survive in this harsh habitat, from a list provided. 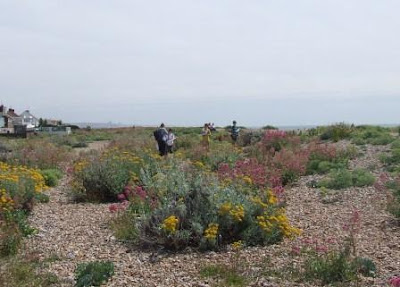 Once they had found a plant with the adaptation, they then used identification guides to identify the actual plant.
Two separate animal surveys took place, one to record generally the birds, lizards and invertebrates that visit the shingle plant habitat. 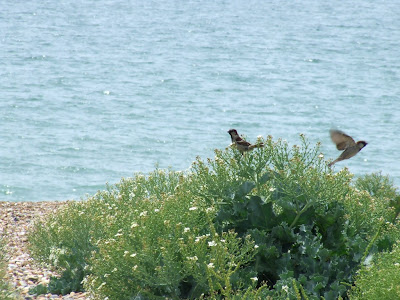 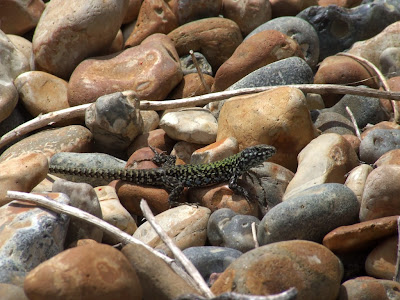 Wall lizard
The second focusing on recording three types of bee, to also discover which plant species they favour. 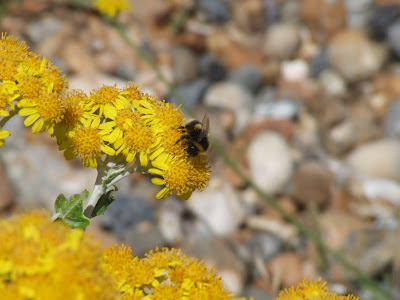 We finished the day back at the school with a recap of what we had done, what they had discovered and a general round up and a chance for final questions.
Posted by Steve Savage at 03:52 No comments:

A common seal was observed for 20 minutes at 10am off Lancing beach, West Sussex, today.
Posted by Steve Savage at 10:05 No comments: