Working on Ocean book for kids

For the last few months I have been busy working on a new book for children about the Oceans. It is now nearing the finishing stages, checking the layouts and making last minute adjustments to text and captions. 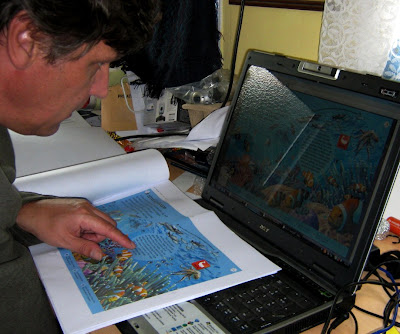 Books make important support tools for environmental education work and I always consider how one of my books could be used for teaching even in the early planning stages.
Posted by Steve Savage at 08:56 No comments: 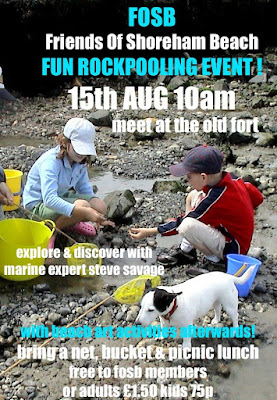 This is the third year I have run this popular tide pool ramble, with an estimated 60 adults and children. The beach is just inside Shoreham Harbour, adjacent to the Old Fort and the Shoreham Beach Local Nature Reserve. The event is part of the Friends of Shoreham Beach annual events programme. 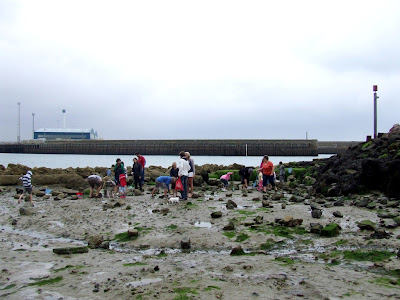 It is a very safe beach for family events providing the opportunity to explore both a sand/silt habitat and a rocky habitat all in one place. The beach is also visited by a variety of sea and wading birds such as terns, cormorants, gulls, turnstones, dunlins, oystercatchers and little egret.
As usual we started off with an introduction about inter-tidal zone wildlife and this year I did a quick demonstration on the causes of tides inlcusing spring and neap tides using a cardboard cut out of the sun, earth and a yellow ball for the moon. This was done with the help of three child volunteers.
Everyone then spread out across the pools and explored the beach as the tide receded. 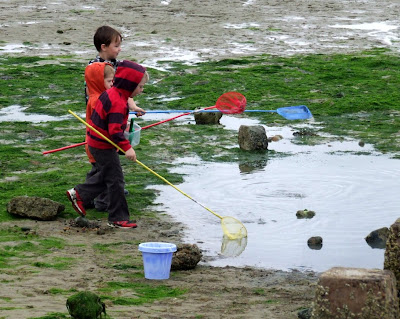 We helped by pointing out various seashore creatures and identifying the wildlife finds and generally providing facts and information about the animals that were discovered. 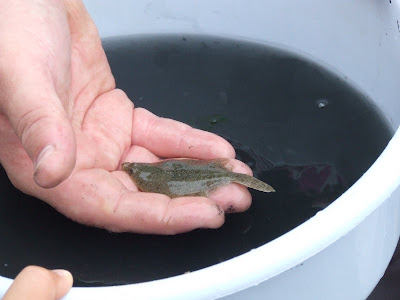 A juvenile plaice. Juvenile fish often live in the river estuary where they are safer from predators. 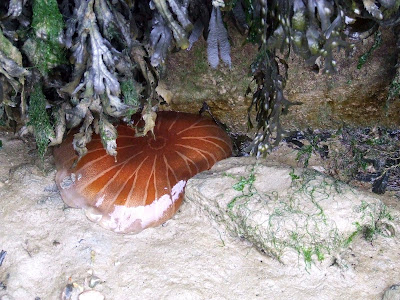 A compass jellyfish stranded on the beach. I carefully moved it to a rockpool to see if it was still alive, but sadly we discovered it too late. A volunteer stayed by the jellyfish to make sure no one touched it (as they can still sting when dead) and also to tell people about the jellyfish. 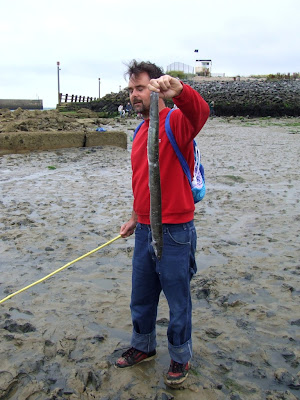 A dead eel was also discovered on the beach. It appeared to be partly eaten but the skin was still quite shiny in places and the fish did not smell so it must have died very recently. 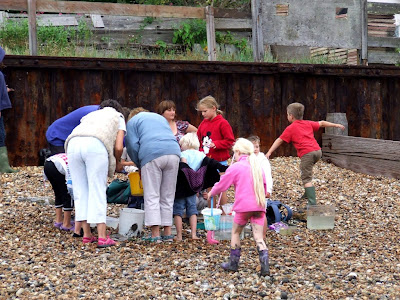 We set up a small tank and containers at the top of the beach to temporarily house some of the discoveries so we could talk about them at the end of the event. 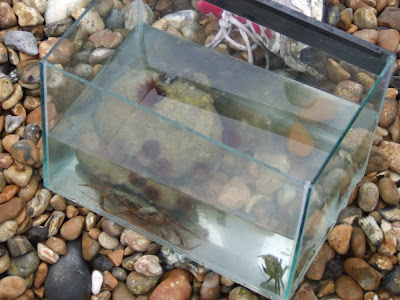 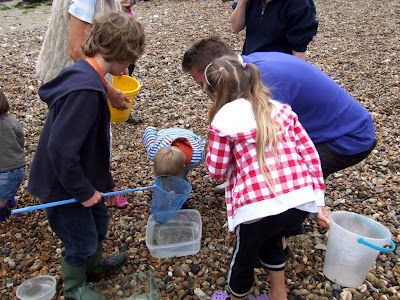 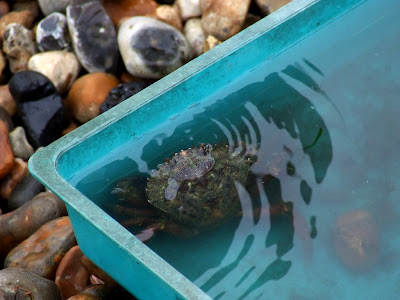 We identified and kept a record of the marine life discovered during the event. 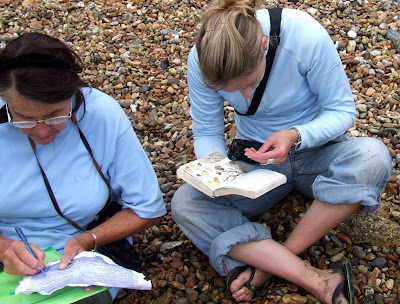 After a picnic lunch, the Friends of Shoreham Beach organised a beach art activity. Children created sea creatures on the sand using pebbles, shells, sea weed and other debris washed up. 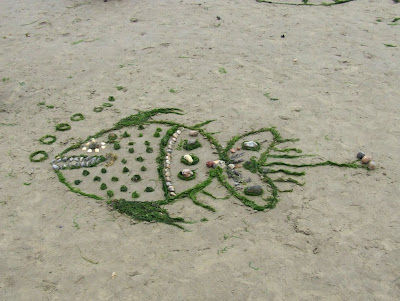 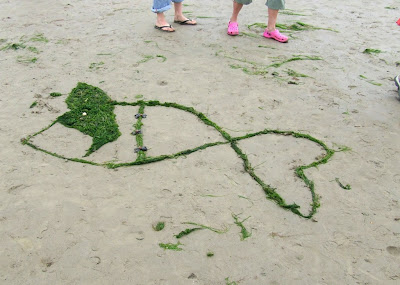 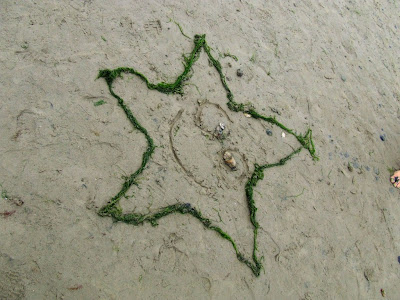 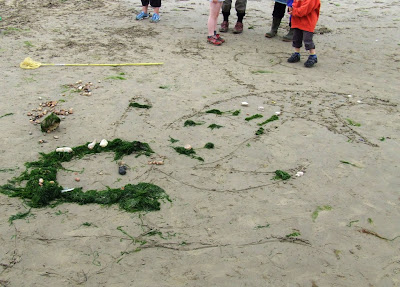 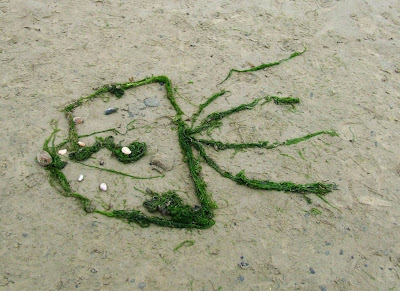 Jellyfish
The children produced some great sea creature art and prizes were awarded for some of the best.
Posted by Steve Savage at 06:28 2 comments: