An exciting new project is taking place this year to increase our knowledge of common seals in the Solent and Eastern English Channel. The main leads in the project will be the Wildlife Trusts South East Marine Programme and Chichester Harbour Conservancy (the latter is the site of a small resident population of common seals). The first step has been to collate all the currently existing seal sightings from various sources including my records as Sussex County Recorder for Sea Mammals. Common Seals have recently been made a Biodiversity Action Plan Species because of their numbers in the UK have declined dramatically in recent years. 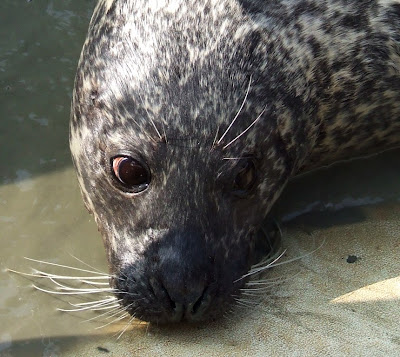 A small population of approximately 15 - 20 harbour seals live in the Solent area and are considered regionally unique and therefore very important. Very little is known about the Solent seals, their resting, feeding and breeding sites remain a mystery. With out a knowledge of these important sites, little can be done to ensure they are protected for the benefit of the seals. Transient seals seen in East Sussex, sometimes entering the river systems of the Adur and Ouse, may come from this Solent population. 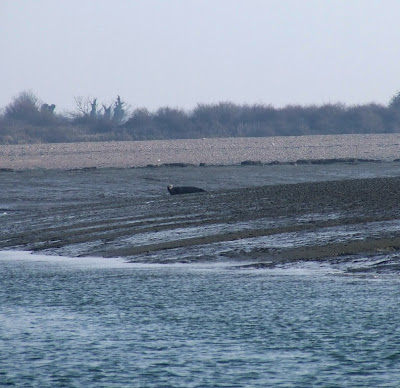 As part of this project, 5 of the seals were tagged in March using the latest seal monitoring equipment. The tagging operation was undertaken by the world leaders in seal tagging, the Sea Mammal Research Unit (SMRU), under a Government approved licence. The tags will remain on the seals until they moult in July / August time. Previous tagging operations have been very successful and seal behaviour has not been affected as a result. The tags will transmit using mobile phone networks and will give information on location, dive depth, dive duration and periods spend resting on land. 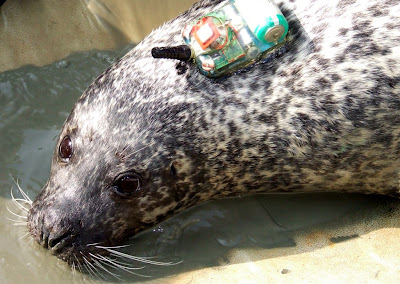 As part of this project I have been developing an outreach programme which will be delivered to local school. I was able to go along on the first day of tagging to observe and take pictures for the outreach programme. First hand observations and tagging data show that the seals are behaving as normal and that their behaviour has not been affected at all. 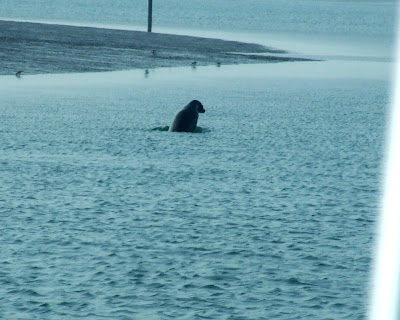 (A porpoising seal leads the way)
We are also hoping over the next year to build up a photo identification library which we can use to identify individual seals (unique markings) and monitor their movements.
Posted by Steve Savage at 10:20 No comments: